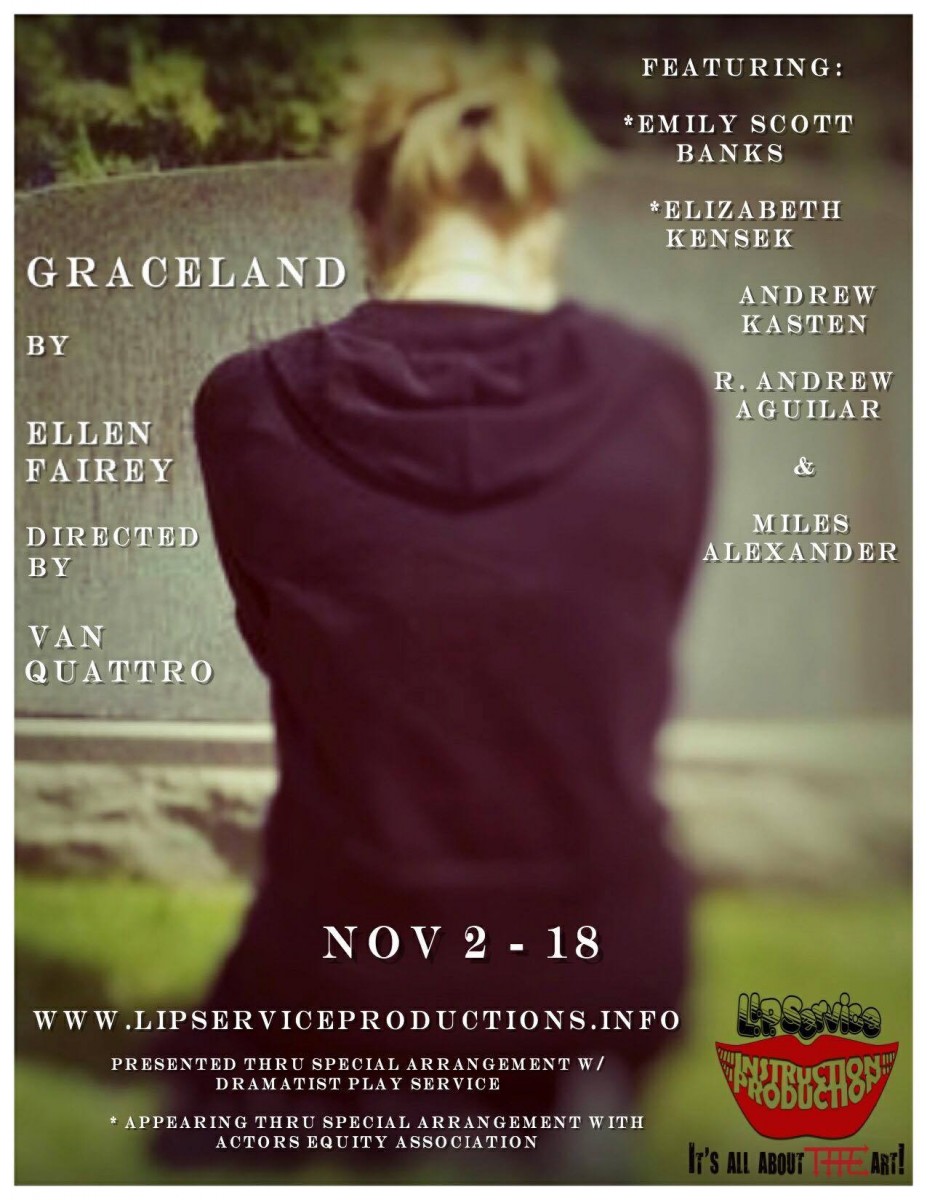 Chicago's oldest cemetery is the backdrop for Graceland, the story of four lonely Chicagoans whose lives collide one August weekend while the Blue Angels airshow is in town. As fighter jets buzz the skies from dusk till dawn, estranged brother and sister, Sam and Sara, try to make sense of their father's recent suicide. Sara's one-night stand with Joe, an aging lothario, brings further trouble in the form of Joe's mercurial teenage son, Miles.

A critic from The New York Times wrote, "Ms. Fairey has a keen understanding of the way family relationships can evolve into delicate dances in which the unsaid takes on far more importance than anything articulated."

L.I.P. Service has continuously offered alternatives for the main stream of creative endeavors and strives to maintain artistic excellence while doing so. L.I.P. Service is proud to produce a season of shows in the DFW Metroplex as well as partnering with other companies to bring inventive theater to the community.