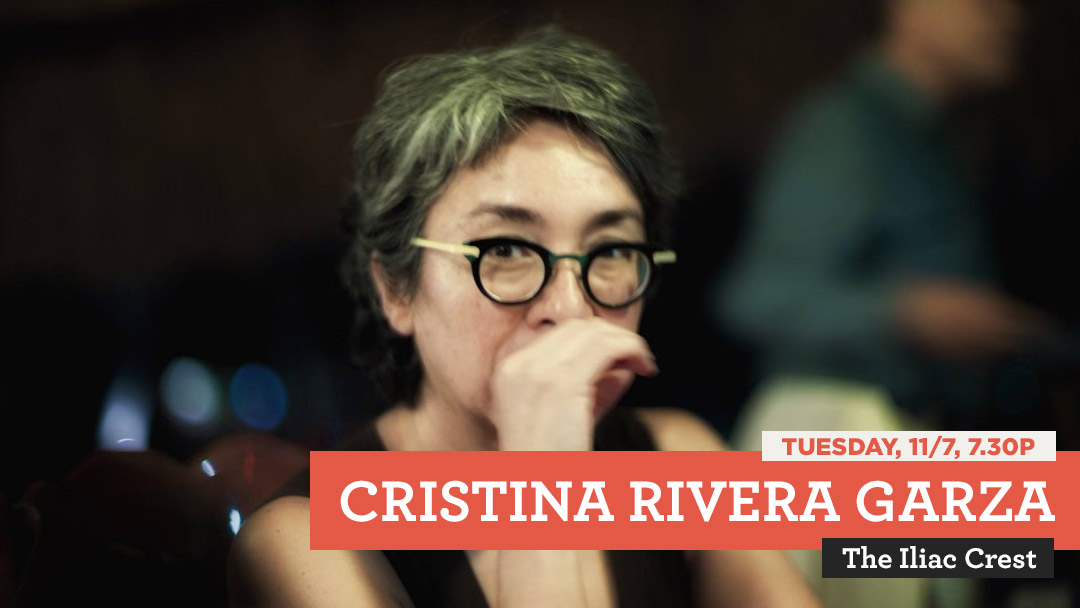 Join author Dr. Cristina Rivera Garza for a reading and discussion of her least book, The Iliac Crest.

On a dark and stormy night, two mysterious women invade an unnamed narrator’s house, where they proceed to ruthlessly question their host’s identity. While the two women are strangely intimate, even inventing a secret language, they harass the narrator by claiming repeatedly that they know his greatest secret: that he is, in fact, a woman. As the increasingly frantic protagonist fails to defend his supposed masculinity, he eventually finds himself in a sanatorium.

Dr. Cristina Rivera Garza is the award-winning author of six novels, three collections of short stories, five collections of poetry and three non-fiction books. Originally written in Spanish, these works have been translated into multiple languages, including English, French, Italian, Portuguese, and Korean. The recipient of the Roger Caillois Award for Latin American Literature (Paris, 2013); as well as the Anna Seghers (Berlin, 2005), she is the only author who has won the International Sor Juana Inés de la Cruz Prize twice, in 2001 for her novel Nadie me verá llorar (translated into English by Andrew Hurley as No One Will See Me Cry) and again in 2009 for her novel La muerte me da. She has translated, from English into Spanish, Notes on Conceptualisms by Vanessa Place and Robet Fitterman; and, from Spanish into English, Nine Mexican Poets edited by Cristina Rivera Garza, in New American Writing 31. She was the Breeden Eminent Scholar at Auburn University in Fall 2015 and a fellow at the UCSD Center for Humanities 2015-2016. She received a Senate Grant from UCSD and the prestigious three-year Sistema Nacional de Creadores grant from Mexico.