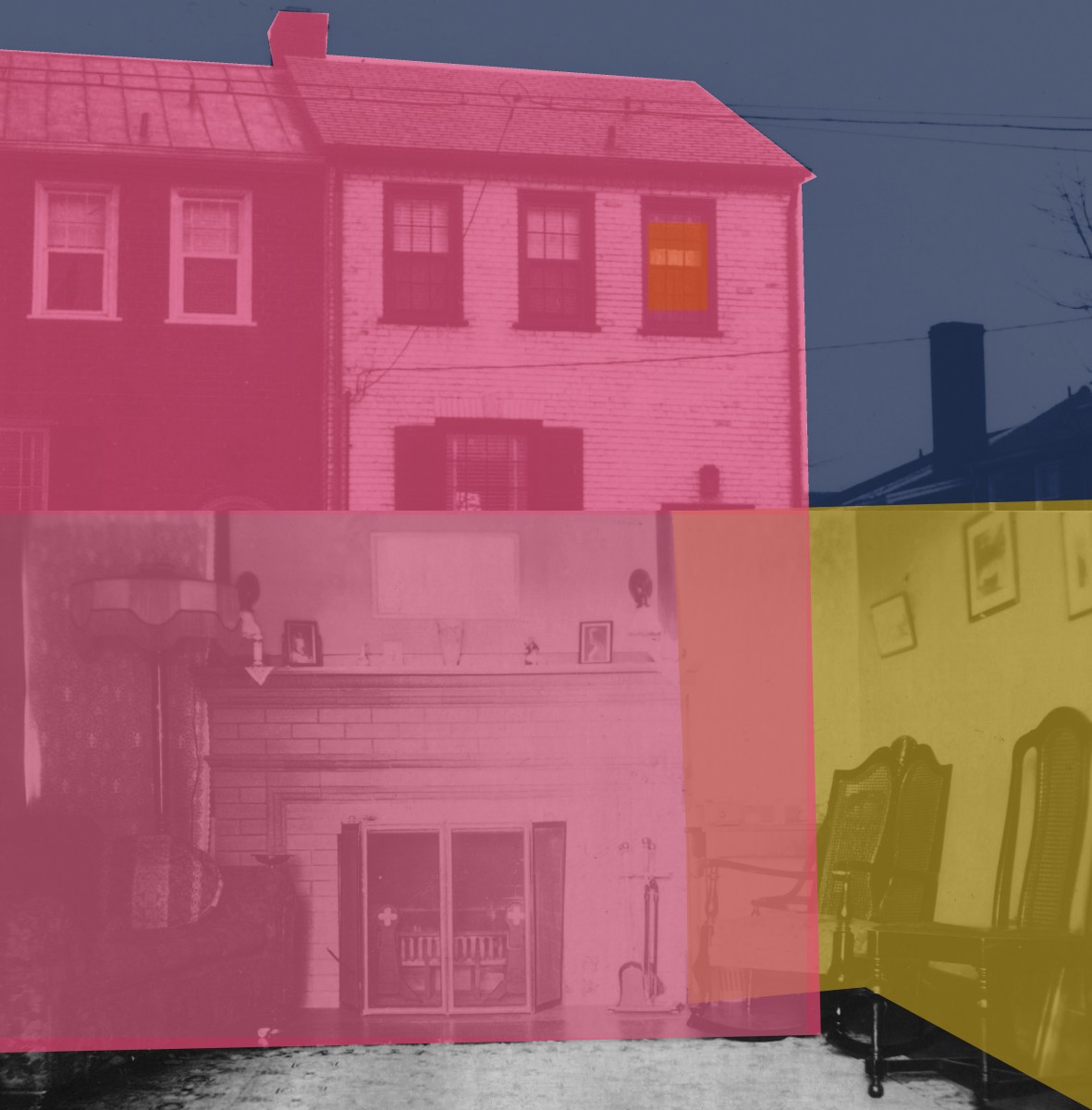 An exhibit of new works by Brianna M. Burnett.

Artist’s Statement: “This project started with scans of shoes boxes full of inherited family photographs. Some of them were funny, others were strange and even more were familiar in ways that only I can understand. But, I realized that most often in these photographs the original intention is lost. Why was a photograph of a mountain so very important? What happened to all these people? Where was that photograph of a house taken?

So I started collecting other photographs. Some of them were of famous people in special places, but the best were ones of forgotten moments and locations. I liked to imagine they were the first shot, on the first roll of film, on a new camera. They were unimportant in subject but intentional in action. They were candid shots of vacations and family trips, but I found interest in the mistakes and odd moments. Their houses are curious, I like looking in and wandering around.

So, what started as a digital archive of family photographs has turned into a borrowed story of snapshots and accidents, evoking a mysterious sense of nostalgia for moments that never were.