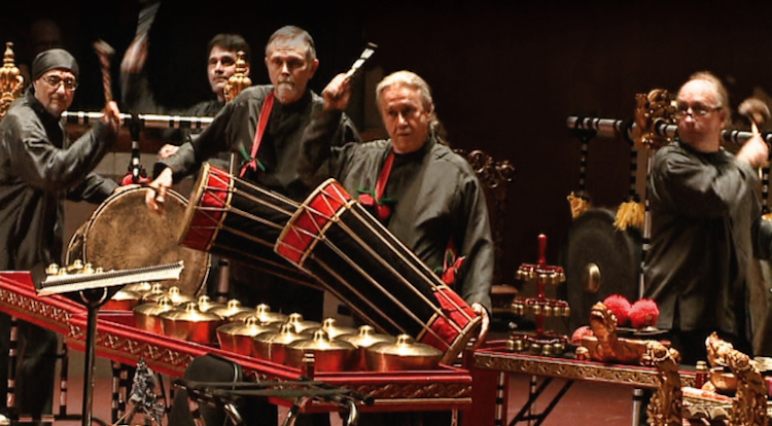 The "Dare To Drum" documentary will be playing 3 nights at the Alamo Drafthouse - Cedars.

Directed by D’Drum’s John Bryant, "Dare To Drum" tells the story of rock star composer Stewart Copeland, drummer for The Police, teaming up with D’Drum, a Texas-based world percussion group, and Maestro Jaap van Zweden with the Dallas Symphony Orchestra to create groundbreaking work, both on and off the screen.

In 2011, after three years of composing, rehearsals, recording sessions, and trips to Bali and Java, “Gamelan D’Drum” – a musical synthesis of pitch, rhythm, and orchestration – is ready for its world premiere. But when uncharacteristically cold and icy weather hits Dallas, it threatens to derail their dreams of performing the creative masterpiece with the Dallas Symphony.

The Sept. 15 screening will include a short performance by D'Drum after the film.

The Sept. 18 screening will include a Q&A with Stewart Copeland.