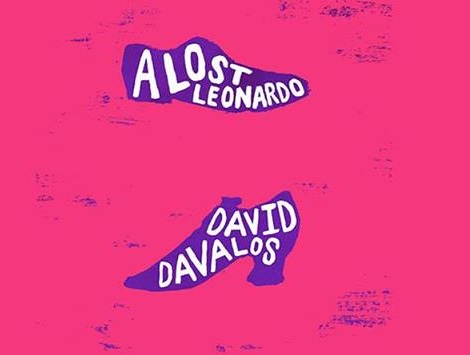 "Open your eyes! Look beyond the horizon! A New World awaits, and it’s not just a shape on Amerigo’s map. It’s the Future, my friend; it’s Progress!"  His artistic career is in ruins, and Leonardo da Vinci is renouncing his fickle Muse for good. Taking a "vow of utility," he turns to scientific exploration and accepts an appointment with Cesare Borgia, the powerful and ruthless leader. Together they will build technological wonders to change the world. But the catastrophic potential of Leonardo's creation may be more than he could have foreseen. After a brief time with Borgia, he realizes the job is not what he expected, and he returns to art to create his masterpiece, the Mona Lisa.

A Lost Leonardo imagines da Vinci in turmoil, torn between two identities and two passions. In this hilarious and incisive comedy, award-winning playwright David Davalos asks what price we're willing to pay for the pursuit of knowledge.

*Following an acclaimed staged reading at Amphibian in 2015 under the title Daedalus, A Lost Leonardo returns to the stage in this all new, fully-realized production.

“Davalos has fun playing with the elevated language from a lofty long-ago—and bringing it down to earth and close to home with humorous catch phrases and cultural allusions that a modern audience can embrace as its own.” — Los Angeles Times