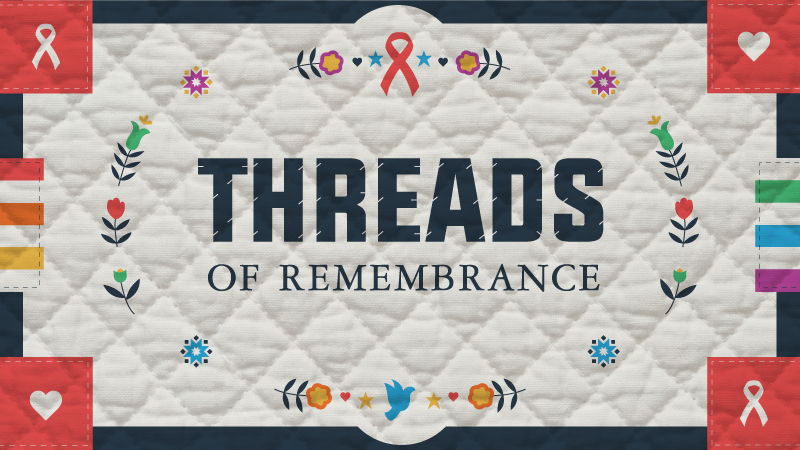 October 2017 marks the 30th anniversary of the inaugural display of the AIDS Memorial Quilt on the National Mall in Washington, D.C. With so many years passed, and the invention of medications allowing people to live with HIV/AIDS, it is easy to forget the devastation that this outbreak caused. The AIDS Memorial Quilt was created to give a visual reference to the number of people lost to this disease, and to act as a reminder of the events that caused so many lives to be lost.

This exhibit explores Dallas' response to the AIDS crisis, and the LGBT community's commitments to educating and caring for those affected. The Dallas and Fort Worth Chapters of the NAMES Project Foundation played a major role in keeping the issue of HIV/AIDS in the minds of the public, while also helping those who had lost loved ones to heal.

This exhibit pulls information and artifacts from UNT Special Collections' LGBT Archive, and so focuses on telling the story of gay men affected by HIV/AIDS. It is important, though, to remember that HIV/AIDS can be transmitted to anyone, and the victims of this disease, those represented in the AIDS Memorial Quilt, are of all ages, genders, races, and sexual orientations.

The exhibit can be viewed any time during our regular hours:
9am to 5pm Monday through Saturday
August 28 – December 15, 2017
Willis Library Room 437 Or you can view the exhibit online.

It’s Not The Oak Cliff Film Festival. At Least, Not As You Know It.