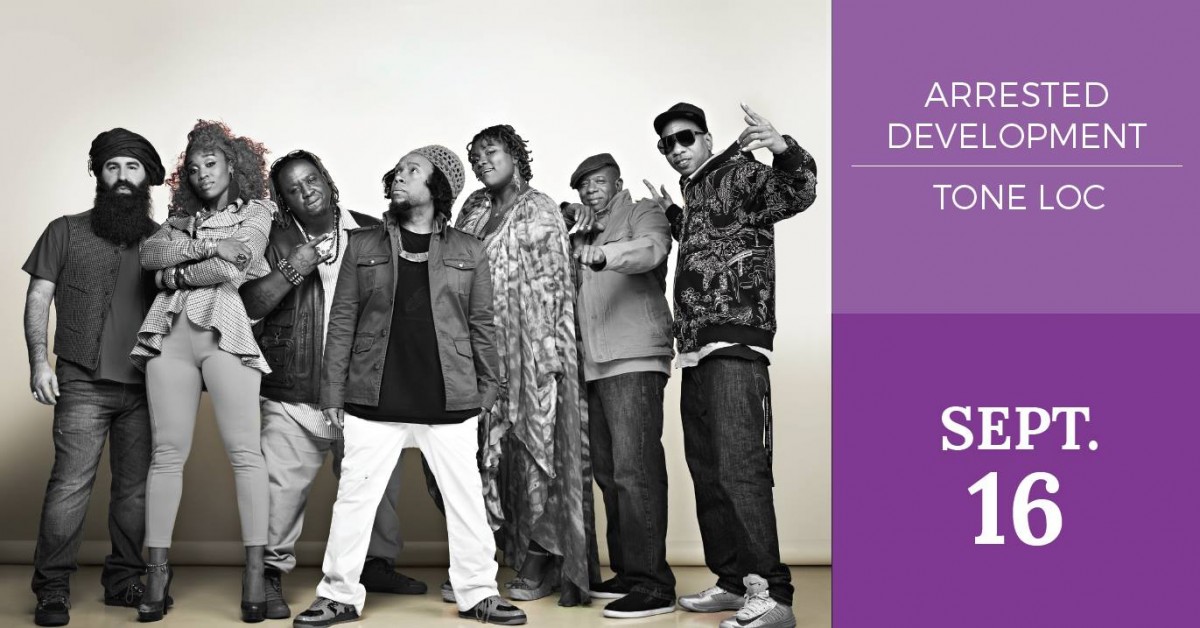 Arrested Development and Tone Loc will take the stage at Plano's newest outdoor venue at McCall Plaza located in the heart of Downtown Plano. Food and beverage will be offered.

Arrested Development are true trailblazers within hip-hop music. Since 1991, they’ve championed colorful sounds, while spreading a unique mixture of consciousness and musicality around the globe. Awarded as one of the greatest hip-hop artists of all time by VH-1, recipients of 2 MTV Awards, and if that wasn't enough, their song Tennessee which was voted one of the 500 Songs That Shaped Rock and Roll by the Rock and Roll Hall of Fame! Arrested Development’s hit song “Mr. Wendal“ brought much needed attention to the plight of the homeless and the group gave half of that singles royalties to the National Coalition of the Homeless. Their dance smash, “People Everyday” addresses the tension between ignorance & consciousness, while paying homage to Sly & the Family Stone.

Tone-Loc soared from obscurity into pop stardom in 1989 when his hoarse voice and unmistakable delivery made the song "Wild Thing" a massive hit. The song was co-written by Marvin Young, better known as Young MC, as was the second single smash, "Funky Cold Medina." The album Loc-ed After Dark became the second rap release ever to top the pop charts.

Food and beverage will be available for purchase on site.