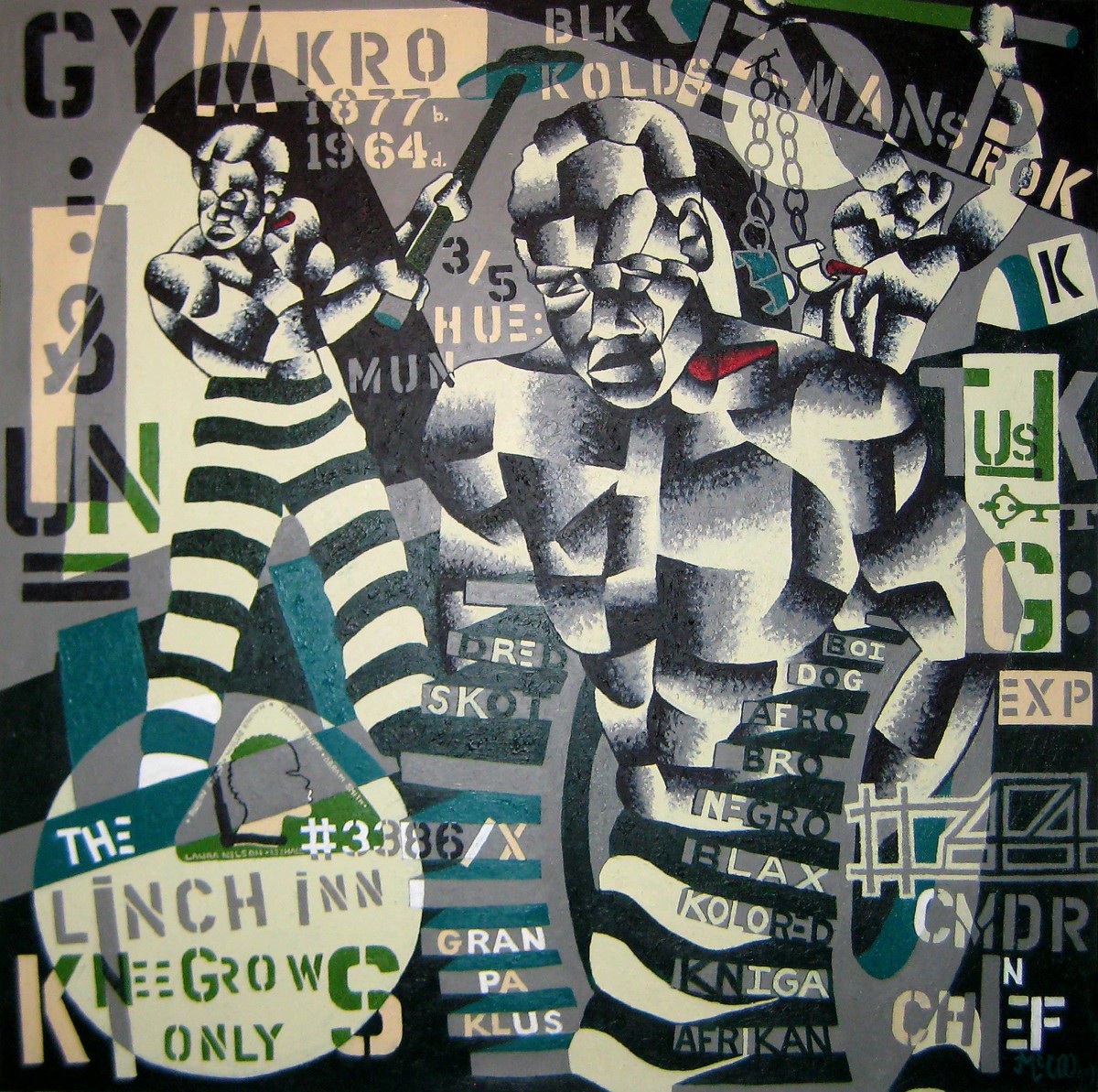 Freddie McCoo’s experiences growing up in St. Louis, Missouri, began to shape the artist’s core of artistic sensibilities from an early age.  His modest upbringing, careful observation of the world around him, and subsequent deep interest in subjects that focus on social, economic, political, cultural and spiritual issues are clearly manifested in his paintings, murals, and mixed media art.

Freddie’s work is constantly in a state of evolution.  Some of his earlier works depict themes that draw inspiration from music, relationships, and the predicaments of living in a disadvantaged community.  The artist presently continues to revisit those topics, but his interests have broadened to include concepts that investigate biblical imagery, history, cultural identity, and contemporary political concerns.  When it comes to his style and technique, some might suggest that his experience working in large scale murals has provided the artist with the dexterity and clarity to infuse all of his works—through his choices of colors, textures, composition, and scale—with an admirable sense of monumentality and relevance.

A common feature in Freddie’s work is the use of symbols and texts, which often require thorough exploration by the viewer and, often, a bit of decoding. Freddie explains that he has come to appreciate the diversity of symbols and text as long-standing tools of visual communication.  He states: “When thoughtfully juxtaposed, both text and symbol can become significantly more relevant and thus begin to reveal certain deep-seated truths.”