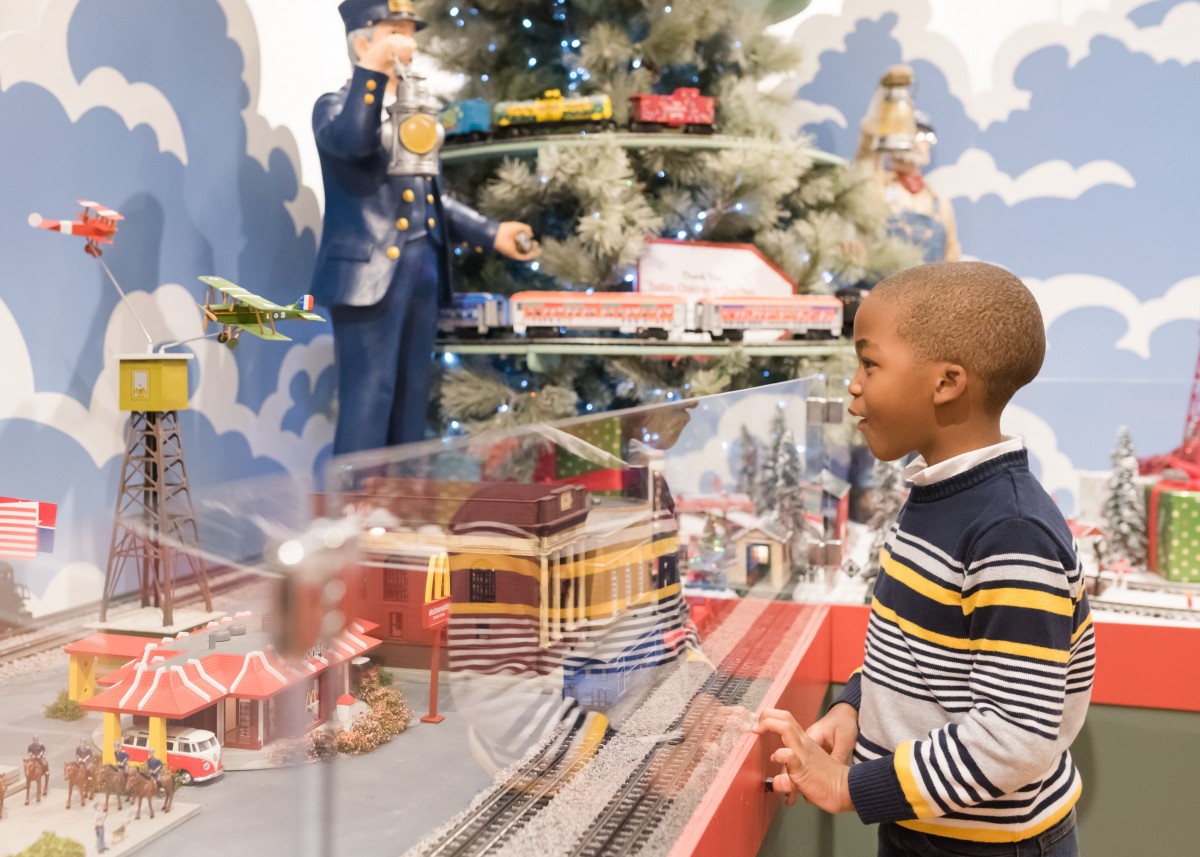 The Trains at NorthPark

Benefiting Ronald McDonald House of Dallas (RMHD), and presented by Bank of Texas, The Trains at NorthPark will mark its 30th year with more than 750 railcars on a 1,600-foot elaborate configuration of tracks and scenes. Each year, the beloved holiday experience welcomes more than 70,000, and has helped raise more than $13 million for RMHD since its original run in 1987.

The Trains at NorthPark features cityscapes like Dallas, replete with the Margaret Hunt Hill Bridge and Fair Park; New York with Times Square and Grand Central Terminal; Washington, D.C. with The White House; and San Francisco’s Golden Gate Bridge. Other highlights include New England’s fall foliage, the Grand Canyon, Mount Rushmore and Route 66. Thomas the Train and his friends also draw families to the charming exhibit, which has been seen by around two million people over the past 30 years.

One-of-a-kind, personalized railcars are currently on sale as a holiday gift that gives back, perfect for individuals, families and organizations to also have a presence on the rails. This year’s featured railcar is a 30th Anniversary Limited Edition Passenger Car in emerald green, available for $275. Additionally, standard railcars are available for $175, cabooses for $225, and engines for $325.

Tickets for The Trains at NorthPark are $4 for children ages 2-12 and seniors over 65. Adults are $7, while children under 2 are admitted for free. Discount tickets for $1 off general admission are available at local Tom Thumb stores. The exhibit closes for Christmas and Thanksgiving, also closing early at 4 p.m. for both Christmas Eve and New Year’s Eve. This year, The Trains at NorthPark will be at a new location on the 2nd level of NorthPark Mall between Nordstrom and Neiman Marcus.