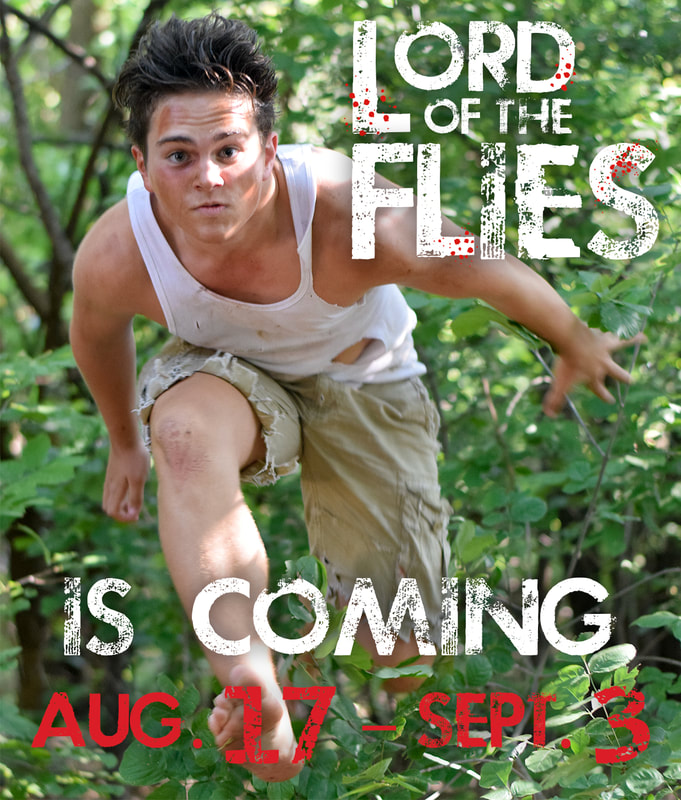 LORD OF THE FLIES

Outcry Youth Theatre brings William Golding's classic novel, LORD OF THE FLIES, to bloody, vivid life in this stage adaptation by Nigel Williams.  The familiar tale of British private school boys stranded on a remote island will be delivered with an exciting and emotional fervor.

Outcry Youth Theatre’s talented actors, who hail from all parts of the Dallas/Fort Worth area, are perfectly suited to the challenges of a show of this intensity.  Director Becca Johnson-Spinos does not hold back, and this show will immerse audiences in an unrestrained place where school boys devolve into feral savages or face death to fight for their humanity.  As the boys face off against their own primal nature, expect to be unsettled by their loss of civility, shocked by their brutality, and heartbroken by their betrayals.  Johnson-Spinos has created the same powerful battles between the boys and within themselves one would expect from a professional adult production, but with even more believability as the actors are all between the ages of 12 and 18.