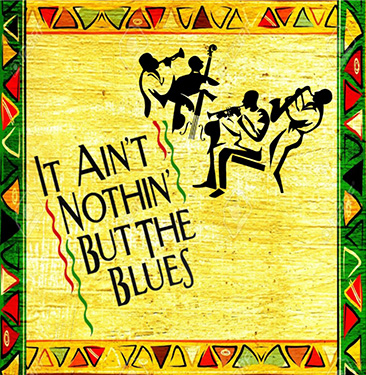 It Ain’t Nothin’ But The Blues

The true soul of American music

It Ain’t Nothin’ But the Blues

Based on an original idea by Ron Taylor

From African chants and Delta spirituals to the urban electricity of a Chicago nightclub, from dusty backroads bluegrass to the twang of a country juke joint, It Ain’t Nothin’ but the Blues is a stirring retrospective of blues classics that summons the true soul of American music. Over two dozen musical numbers are included, among them “I’m Your Hoochie-Coochie Man,” “Goodnight, Irene,” “Fever,” “Walkin’ After Midnight,” and “Let the Good Times Roll.” Tony-Award nominated for Best Musical, It Ain’t Nothin’ But the Blues has played to rave reviews all over the country and is cherished as an original American art form.

“It Ain’t Nothin’ But The Blues” is present by special arrangement with SAMUEL FRENCH, INC.