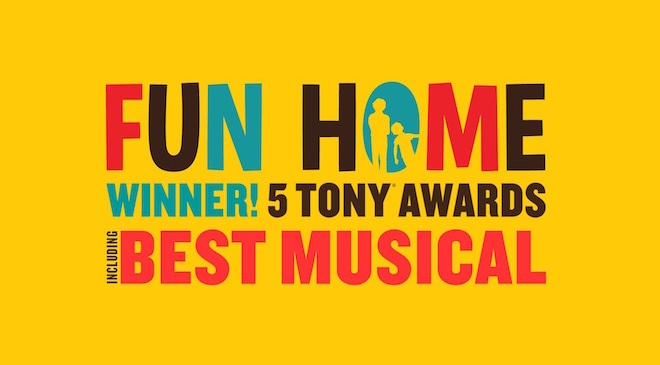 In 2006, Alison Bechdel published the graphic memoir Fun Home, a recounting of her relationship with her late father. The book went on to become a New York Times bestseller and Time named it the #1 Book of the Year. In 2010, writer Lisa Kron and composer Jeanine Tesori began the task of adapting the material as a musical. Writing commenced at the Ojai Playwrights Conference in California and later took form at the Sundance Theatre Lab.

In 2015, Fun Home opened on Broadway at Circle in the Square where it became the most acclaimed new musical of the season by winning five Tony Awards including Best Musical and made history along the way. And now this landmark musical is on tour across North America.