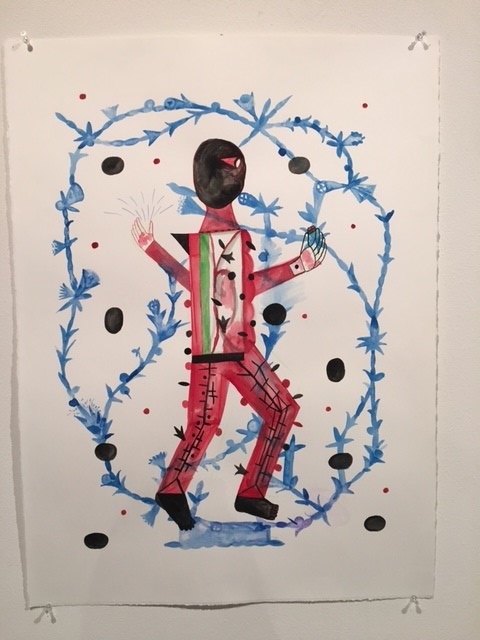 Korean born American Artist Chong Keun Chu’s current exhibition VOICE features sixty highly colorful and imaginative drawings on paper. Chu is currently a Professor of Art at Brookhaven College in Dallas, Texas. Chu emigrated with his family from Korea at age 18, was awarded a full scholarship to SMU’s Meadows School of the Arts and then earned an MFA from the Tyler School of Art. In 2017, he was recognized by the American Association of Community Colleges and awarded the Outstanding Alumni Award as an artist of global standing.

Artist Chong Chu states that his art work is about “mark-making to express the totality of life in a single movement.” He credits his style to be a culmination of decades of absorption and influence. The teachings of the Bible play an expansive role in his work. Chu is influenced by Cubism, Futurism, Russian Constructionism, the catacombs, Korean folk art and cartoons.

Chu’s art work stays grounded by including recognizable images such as the seed, symbolizing growth and expansion of the natural world. The colors define the emotive aspects of life on earth. Yellows conjure the feeling of light and grace. Reds symbolically represent the blood of Christ and the blood of life. Blues ensnare the eyes of the viewer with thoughts of bright Texas skies and heaven.  Chu masterfully uses black and white to engage the onlooker with thoughts of the visible and the invisible.