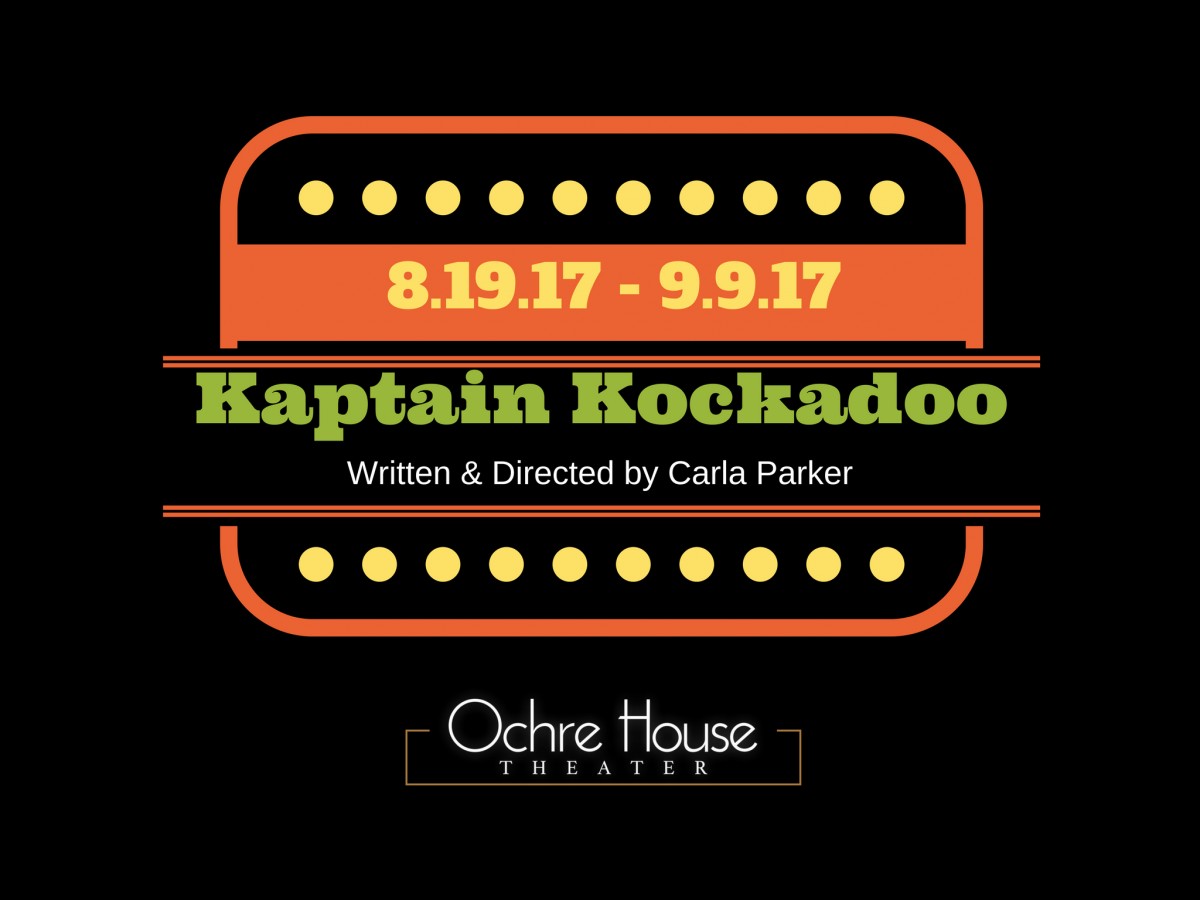 Ochre House Theater is pleased to present the world premiere of KAPTAIN KOCKADOO, an exciting new musical, written and directed by Carla Parker. Join the Kaptain and his crew as they navigate the world of children’s television through the eyes of a religious zealot. What would you do to get to heaven? What would the Kaptain do? Hilarious and heartfelt, KAPTAIN KOCKADOO is a spirited dark musical comedy with original live music from Ochre’s first all-girl band. Performances are Wednesday-Saturday at 8:15 p.m.