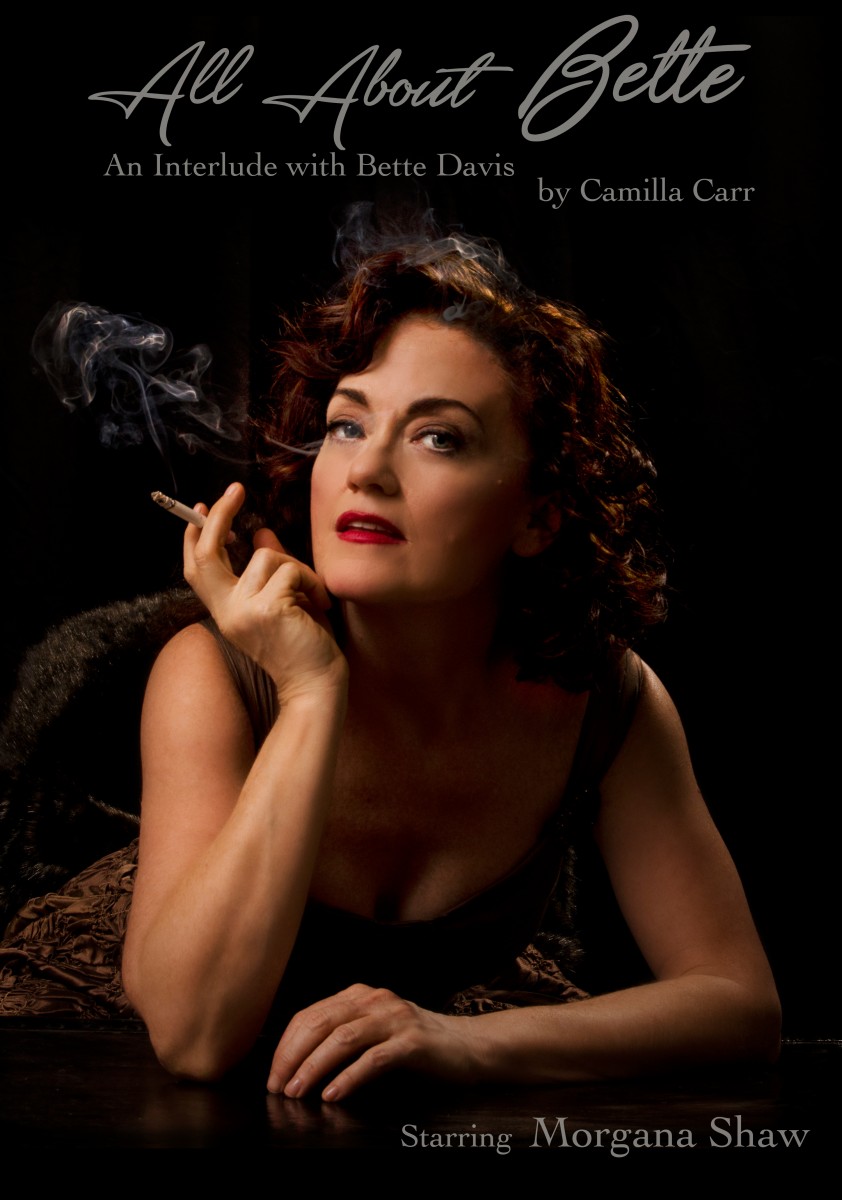 All About Bette: An Interlude with Bette Davis

Bette Davis lives in the embodied performance of film, television and stage veteran Morgana Shaw. Ms. Shaw fills the stage with the massive persona of an icon who owned cinema for six decades receiving countless awards, nominations, accolades and commendations. All About Bette: An Interlude with Bette Davis by Camilla Carr is a sure-handed narrative that is as hysterically funny as it is charming and melancholy. An absolute cannot miss event for lovers of film, theater, television, history and humanity.

"For these few moments, you’d bet the farm that it’s Bette Davis come back to life. But actually, it’s better. We get Morgana Shaw, massaging, interpreting, embodying, modulating the notoriously prickly, and just as famously brilliant, Warner Bros. actress — until Meryl Streep, the consensus pick for the finest film performer ever, and even post-Meryl, Hollywood’s most iconic movie star. Those are huge heels to walk into, yet Shaw does it to perfection." ~ Arnold Jones, DALLAS VOICE