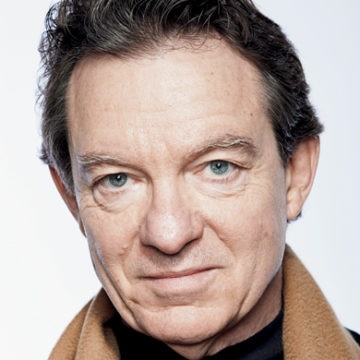 Lawrence Wright is a top-notch journalist who has been writing since the Civil Rights era, covering topics as varied as the roots of terrorism in the Middle East and the Church of Scientology.

He is a staff writer for the New Yorker, a playwright ("My Trip to Al-Qaeda" premiered at the DMA and became a documentary film on HBO), a screenwriter (The Siege starring Bruce Willis and Denzel Washington), and the author of eight acclaimed books of nonfiction and one novel. Add to that, he is a graduate of Woodrow Wilson High School in Dallas and keyboard player for the Austin-based blues collective WhoDo.

His Pulitzer Prize–winning book, "The Looming Tower," established him as a leading authority writing about terrorism in the Middle East. Wright is one of the executive producers of a television series for Hulu based on the book; it stars Jeff Daniels and debuts in October.

This event celebrates the paperback release of "The Terror Years," a collection of ten powerful essays that offer an examination of the roots of contemporary Middle Eastern terrorism, a study of how it has grown and metastasized, and a cautionary tale about where terrorism might take us yet. Wright paints a portrait of “the man behind bin Laden” and the tumultuous Egypt he helped spawn, shares insights into a disintegrating Syria and the never-ending conflicts between Israelis and Palestinians, and much more.