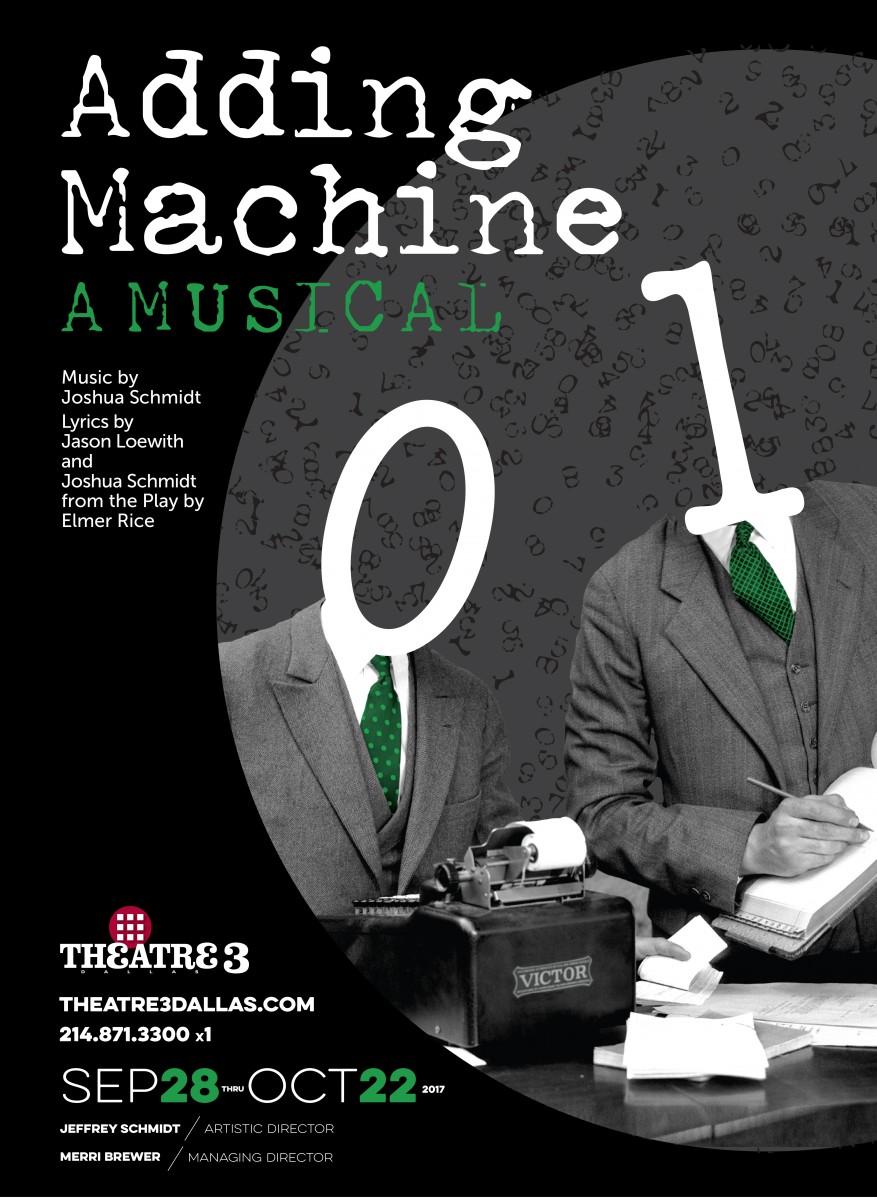 Music by Joshua Schmidt, Lyrics by Jason Loewith and Joshua Schmidt from the play by Elmer Rice
Directed by Blake Hackler
Musical Direction by Mark Mullino

Darkly comic and heartbreakingly beautiful, Adding Machine, a musical adaptation of Elmer Rice’s incendiary 1923 play, tells the story of Mr. Zero, who after 25 years of service to his company is replaced by a mechanical adding machine. In a vengeful rage, he murders his boss. An eclectic score gives passionate and memorable voice to this stylish and stylized show, which follows Zero’s journey to the afterlife in the Elysian Fields where he is met with one last chance for romance and redemption.