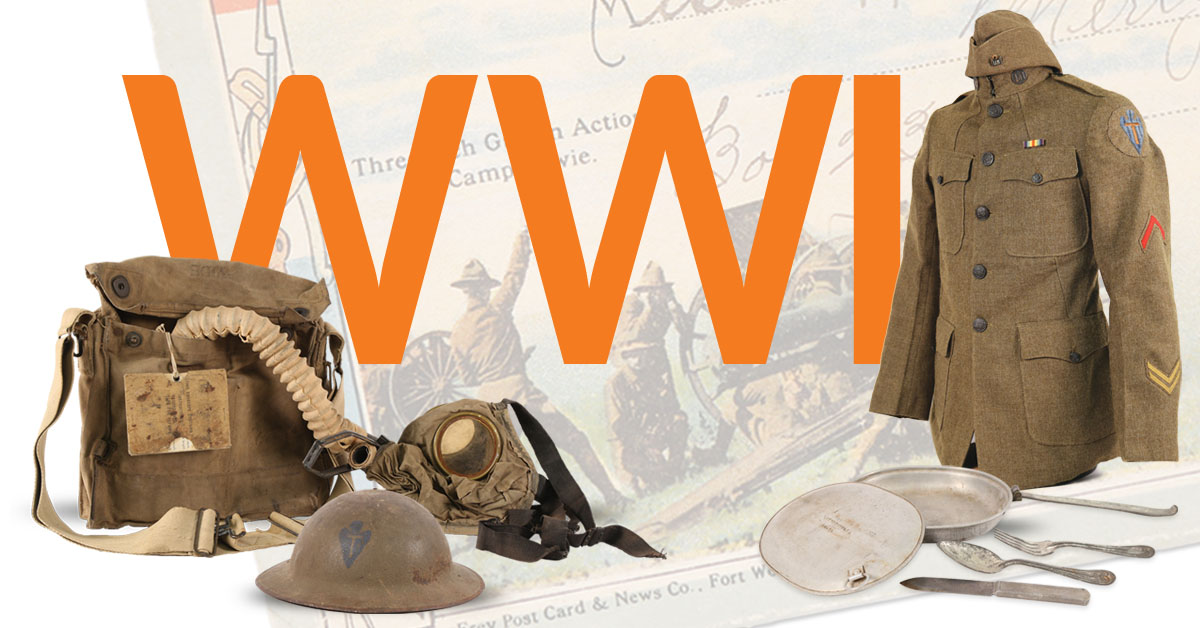 From Cowboy to Doughboy North Texas in WWI: Mobilization for “The Great War”

2017 marks the 100th anniversary of the U. S. entering “the Great War,” which later became known as WWI. The war introduced Texas to the world and the world to Texas and neither would ever be the same again. Many aspects of that conflict are still with us, hidden by 100 years of development and progress.

The exhibit’s goal is to build awareness of the war across North Texas and connect many generations into a broader discussion of how WWI impacted our communities then and continues to impact them today.

On display throughout the Central Library from July 9 to October 19. There will be an opening reception at 2 p.m. on Sunday, July 9. This exhibit is part of the exploration of WWI and its effects on North Texas. Please visit our website for a complete list of programs and events.