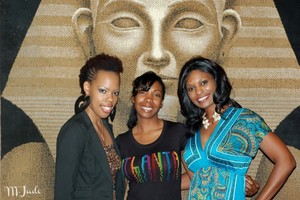 The Act of Change, Inc., Institute of Cultural Arts214.413-9807— presented by —P.W.A.M.P. People With A Message Production Filmworks

Attention! Attention! People with a Message Production Filmworks & Etc proudly present The 14th Annual Dallas Black Film Festival 2017 . This year's theme is Politics in Film: Yes it Matters. The festival will spotlight politics in all form's and it's importance in film. We will also host a Q & A discussion on the film and politics for its 14th anniversary along with live musical performances.

There will be an independent film contest for best feature and in addition to a best short independent film contest. This year the children's film festival; Documentary contest; Black classic films from the '20s, '30s, '40s; Black foreign films; and a Black cinema movie poster showcase will be on display. Other features include a movie trivia contest, Black cinema music soundtracks, and much more.

Vendor space is available on a first come first serve basis. Don't miss the longest running Independent Festival of its kind in the Southwest (bar none).