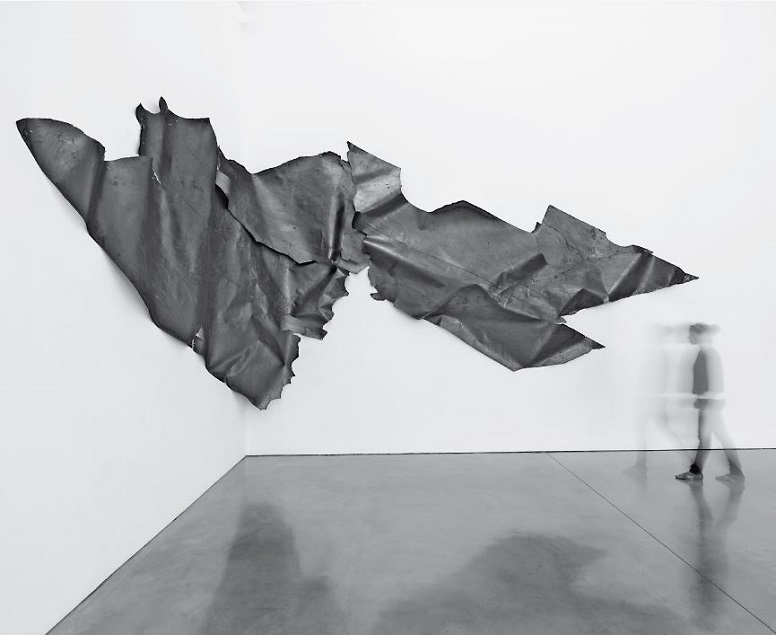 The artists in Paper into Sculpture, including Marco Maggi, Joshua Neustein, Nancy Rubins, and others, play on tensions between commonly held understandings of sculpture and what paper can and cannot do, pushed to physical limits.  Treating paper as a material with a palpable three-dimensional presence rather than as a mere support for mark-making, they use processes ranging from tearing, crumpling, and cutting to scattering, binding and adhering to create sculptural works that take a variety of forms, with a varied range of expressive and conceptual implications.

Even as the shift to digitized images, virtual reality, and social media has been said to herald its obsolescence, paper nonetheless remains inescapable in our daily lives.  Accessible to all, paper endures as the site of notes, lists, price tags, reminders, sketches, ads—at once the most mundane and the most intimate of communication media, and the most readily discarded.  As concerns about humanity’s impact on the environment intensify, paper is also one of the most persistent reminders of our connections to nature through the cyclical aspect of its creation, disposal, and regeneration through recycling.  Derived largely from plant fibers, paper also ages and degrades, its fragility inspiring metaphorical associations with human corporeality and vulnerability.