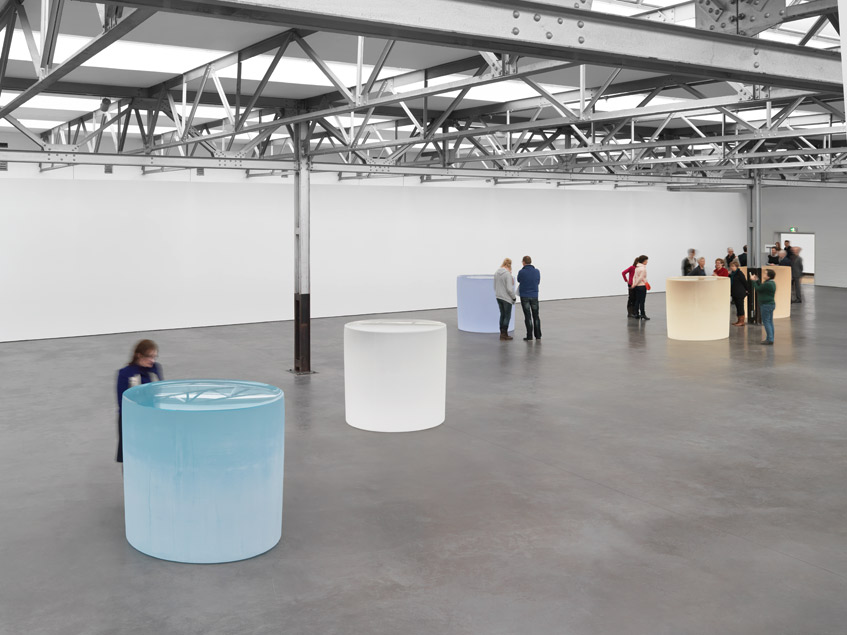 Over nearly four decades, American artist Roni Horn (born 1955) has created a rich body of work that encompasses sculpture, drawing, collage, photography, and artist’s books. For her Nasher show, the artist will install eight large-scale cylindrical cast glass sculptures of varying colors in the museum’s main gallery. It will be Horn's first U.S. museum presentation of her work since 2010 and the first to focus specifically on her cast glass sculpture.

Sculpture has always been an important area of inquiry for the artist: her earliest work as an MFA student at Yale University in the 1970s was based in sculpture, which continued to inform her practice as she transitioned to drawing, collage, and photography in the 1980s. Sculpture remains an important aspect of Horn’s oeuvre, and the artist frequently includes three-dimensional works in her photography and drawing installations.

Horn began making cast glass sculptures in the early 1990s. Created through a labor- and time-intensive process, the works require three to four months to complete. With their abstract forms and industrial fabrication processes, her sculptures often borrow from the visual language of Minimalism, though Horn imbues her work with personal meaning and references that distance it from the strict autonomy characteristic of Minimalist sculpture. Her work instead acts as a critical bridge connecting Minimalism and Post-Minimalism of the 1960s and 1970s to contemporary art-making practices today. Within the Nasher galleries, her sculptures will be infused with light, calling attention not only to their volumetric forms, but also the reflective and translucent qualities of glass. The works in Roni Horn defy traditional definitions of glass art, expanding the genre into the realm of sculpture laden with weight and presence.

Drive-In Or Watch From Home For Dallas VideoFest’s DocuFest33