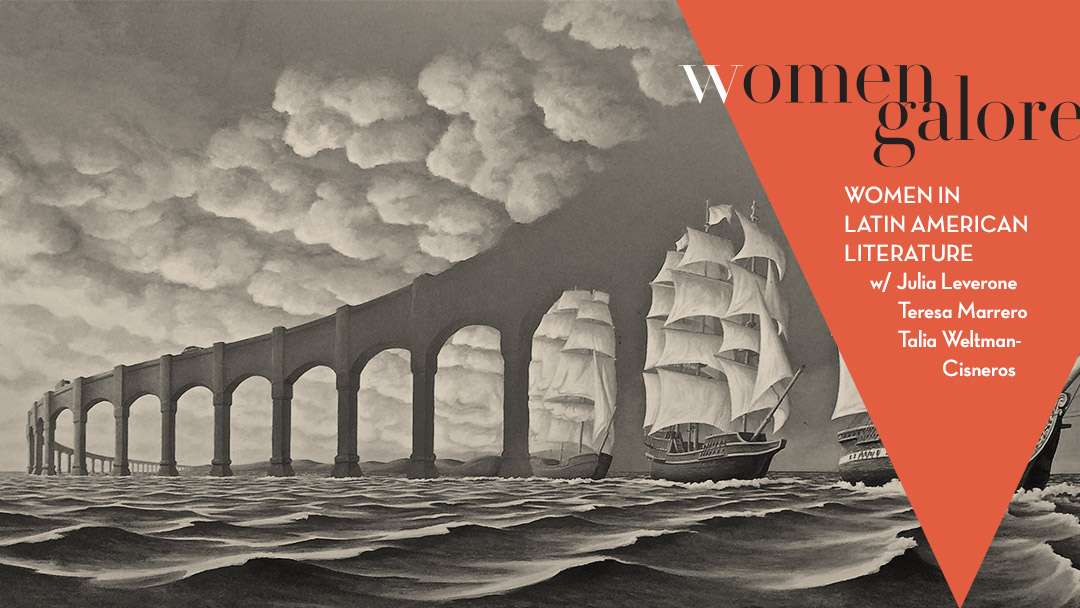 Join The Wild Detectives for a conversation about the broader historical problems with representation (or lack thereof) of female authors in Latin American literature moderated by Vicky Sanz.

Julia Leverone teaches beginning Spanish and creative writing at the University of Texas at Dallas. She received her Ph.D. in comparative literature from Washington University in St. Louis and her B.A. in Spanish from Tufts University. Her translations of poems from the Spanish have been placed in venues including Witness, the Boston Review, the Brooklyn Rail, and Gulf Coast. Her second chapbook, Little Escape, won the 2016 Claudia Emerson Poetry Chapbook Award from JMWW. She is an assistant editor at Asymptote and is the editor of Sakura Review.

Dr. Teresa Marrero is Professor of Latino/a & Latin American Theater at the University of North Texas, Department of Spanish. She earned her Ph.D. form the University of California, Irvine. A native of Cuba, but avid Argentine tango dancer, she is the author of the collection of short stories in Spanish, "Entre la Argentina y Cuba," "Cuentos nómadas de viajes y tangos (Buenos Aires, Corregidor, 2009)." As a scholar is co-editor of "Out of the Fringe: Contemporary Latina/Latino Theatre and Performance," her essays are published in: "Negotiating Performance: Gender, Sexuality, and Theatricality in Latin/o America,"  "Tropicalizations: Transcultural Representations of Latinidad," "Latinas on Stage, Conducting a Life: a Tribute to María Irene Fornés" and "Theatre & Performance in Small Nations."

Dr. Talia Weltman-Cisneros was born in Johannesburg, South Africa and grew up in the wilds of Dallas, Texas. She left the state to complete her Bachelor of Arts degree in Spanish at Emory University in Atlanta, and later received her Ph.D. in Hispanic Literature and Culture from Duke University in North Carolina. Talia was most recently a member of the faculty at Wayne State University in Detroit, where she collaborated with colleagues in Mexico and Detroit in developing the exhibit titled “Pathways to Freedom in the Americas: Shared Experiences between Michigan, USA and Guerrero, Mexico” at the Charles H. Wright Museum of African-American History in Detroit. For her scholarship and work in community outreach and social justice, she received the inaugural “Vicente Guerrero Equality Award,” given by the Dr. Martin Luther King Jr. Task Force, in Detroit, Michigan. She is now an assistant professor in the department of Spanish at the University of North Texas. Her research and fields of specialization are Afro-Latinx/Afro-Latin American cultural production.