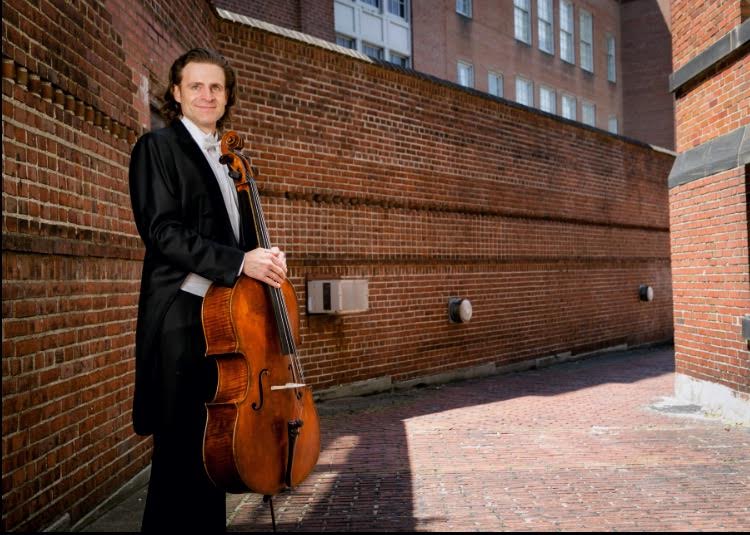 Brian Thornton is a multi-faceted musician that has touched the lives of thousands of people through his performances commemorating his teacher, Lev Aronson, and through musical outreach programs around the world. He is the founder of the Lev Aronson Legacy Festival at S.M.U. in Dallas, Texas, where his teacher, renown cellist Lev Aronson, taught for many years. The yearly festival is dedicated to Mr. Aronson's teaching and philosophy of cello playing. Mr. Thornton also teaches at the Cleveland Institute of Music and performs with the Cleveland Orchestra. Education is particular focus of Mr. Thornton, and he spends part of his time teaching at the Cleveland Institute of Music, conducting young musicians, and traveling to teach in different parts of the world. Mr. Thornton began the cello in the public school system of Chicago, giving him a passion for teaching young musicians and public school outreach programs. He has traveled from Kolkata, India, to Osaka, Japan, influencing young musicians not only to play better cello, but to use music to positively affect the world around them. Brian Thornton's new solo CD of the two Brahms Cello Sonatas with Spencer Myer can be found on the Steinway and Sons label.

American pianist SPENCER MYER is one of the most respected artists on today’s concert stage.  He has been soloist with The Cleveland Orchestra, the Indianapolis Symphony and the Johannesburg Philharmonic, and has made two solo appearances at London’s Wigmore Hall.  Winner of the First Prize in the 2008 New Orleans and 2004 UNISA (South Africa) International Piano Competitions, as well as the American Pianists Association’s 2006 Classical Fellowship, he was a member of Astral Artists from 2003 to 2010.  His many collaborative partners include the Jupiter and Pacifica Quartets, soprano Nicole Cabell and clarinetist David Shifrin. He is Artist-Teacher of Piano and Collaborative Piano at Boston’s Longy School of Music, and his latest CD — Piano Rags of William Bolcom — is available on the Steinway & Sons label.