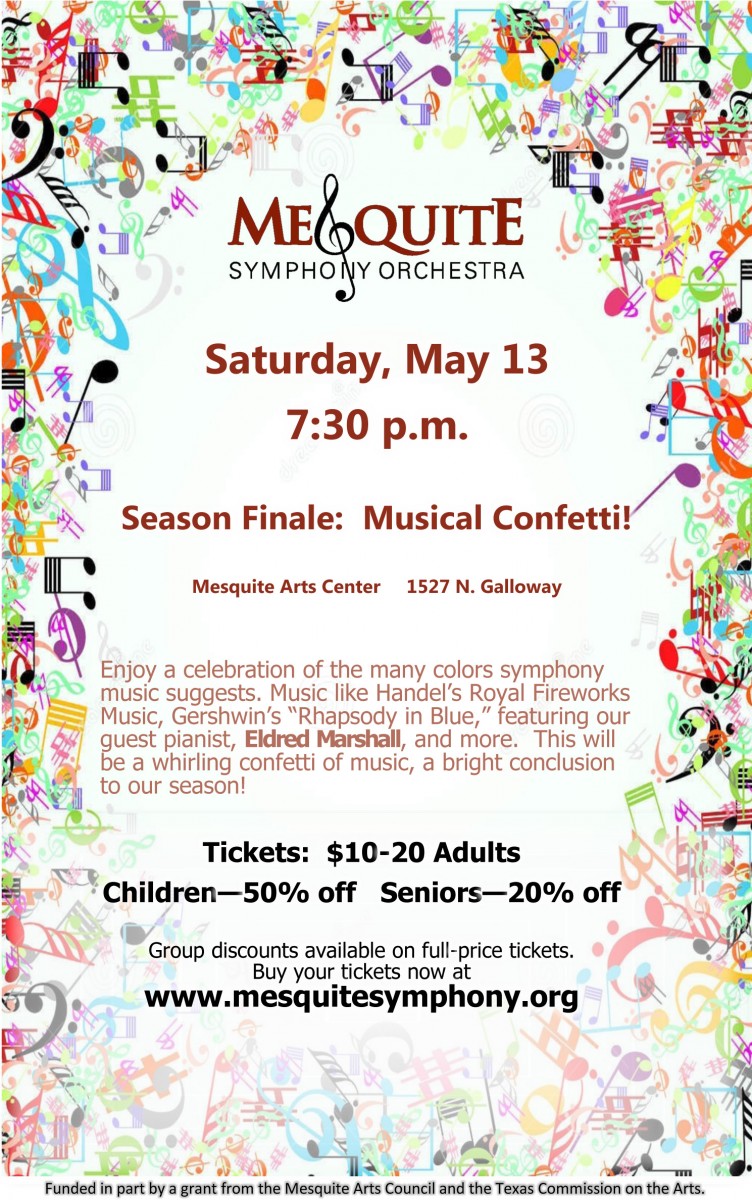 The Mesquite Symphony Orchestra will be throwing “Musical Confetti” 7:30 p.m. Saturday, May 13, at the Mesquite Arts Center, for the orchestra’s 30th anniversary season finale.

The concert is a celebration of the many colors that symphonic music suggests, says Felix Torres, interim conductor. Torres will be leading the orchestra in G.F. Handel’s Royal Fireworks Music and Johannes Brahms’ Academic Festival Overture, based on student party songs from the 19th century.

But most celebratory of all, the MSO will accompany virtuoso pianist Eldred Marshall, playing George Gershwin’s famous Rhapsody in Blue, commissioned by Paul Whiteman in the 1920s. The work for solo piano and jazz band is said to have established Gershwin’s reputation as a concert composer, not merely a writer of Broadway tunes.