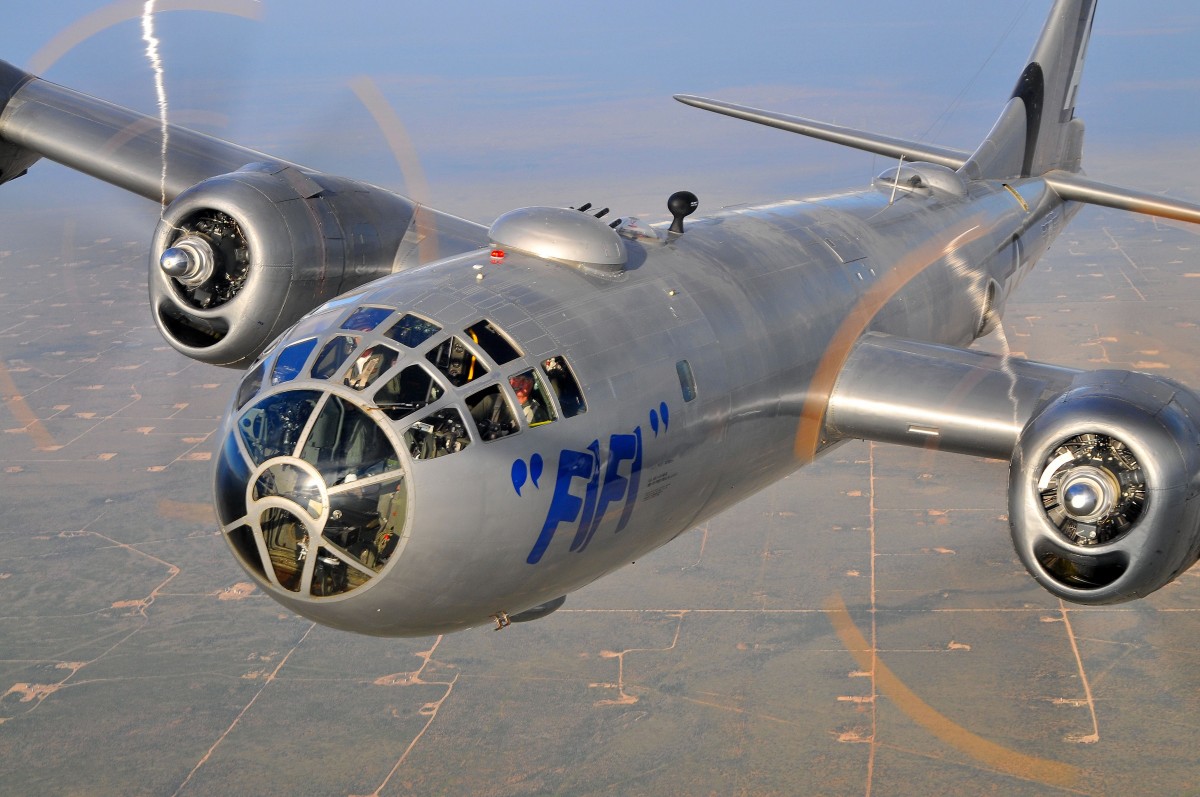 FIFI, the Commemorative Air Force’s (CAF) iconic Boeing B‐29 Superfortress, will fly into Dallas Executive Airport for a four-day event that starts Thursday, May 18 at noon. The B-29 and other vintage military aircraft will be on display at 5661 Mariner Drive in Dallas. Accompanying aircraft include a P-51 Mustang, C‐45 Expeditor, T‐6 Texan, PT-13 Stearman, T-34 Mentor and more. Visitors may tour the B‐29 cockpit and purchase rides in all of the airplanes. The event will also include hands on educational activities for children of all ages.

FIFI, celebrating her 43rd year with the Commemorative Air Force (CAF) in 2017, is one of only two remaining airworthy B-29s in the world and the only one that flies regularly. The B-29 is the feature aircraft in the CAF AirPower History Tour. Each year the tour brings the B-29 and an assortment of other military aircraft to airports throughout the United States. These aircraft are powerful history lessons bringing the sights, sounds, and stories of World War II aviation history to audiences across the United States.

The Boeing B‐29 Superfortress, first flown in 1942, began active service in 1944 and is best known as the aircraft whose missions over Japan helped bring about the end of World War II. It was designed as a replacement for the older B‐17s and B‐24s, with longer range and greater bomb loads. The airplane represented state of the art technology at the time. The B‐29 was also used in the Korean War in the early 1950s and was a staple of the U.S. Air Force until the late 1950s.

The event will be open to the public Thursday, May 18, from noon until 5:00 p.m. and Friday through Sunday, May 19-21, from 9:00 a.m. to 5:00 p.m. The donation for ramp access is $16 for adults and $5 for children age 11‐17. Children age 10 and under are free. The airplanes will be on static display when they are not flying. Ride prices range from $75 to $1795 and reservations may be made at http://www.AirPowerTour.org where additional information about the tour stop may also be found.