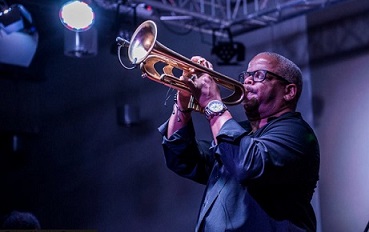 Five-time Grammy winner Terence Blanchard has been a leading jazz artist since he emerged on the scene in the mid-eighties. Having worked with the likes of Lionel Hampton and Art Blakey, Blanchard is best known for his work composing scores for films such as “Malcom X”, “Love & Basketball”, “Cadillac Records” and “Chi-Raq.”

For the cover of his latest album, Breathless, Blanchard enlisted arts and technology professor Andrew Scott to create a work inspired by his Black Man Grove series. Scott will present a dynamic simulation to complement Blanchard’s performance in April.