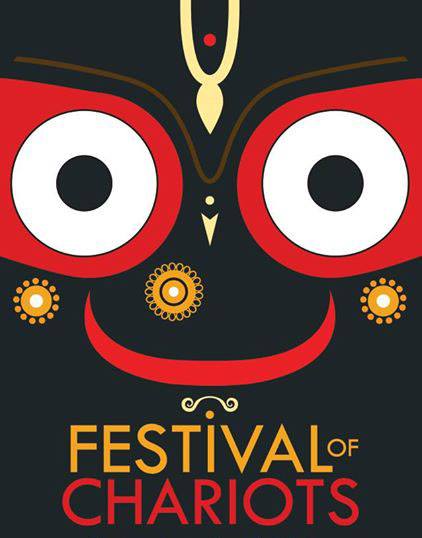 On Saturday, April 15th, 2017 thousands of people will gather at Kalachandji’s Hare Krishna Temple for the annual Festival of Chariots. The Festival of Chariots is a celebration of India’s spirituality and rich culture. It also offers an experience of happiness and harmony.

The parade will leave from the front of Kalachandji’s at 10 a.m. and will proceed through the streets of East Dallas. The large, colorful float will be lavishly decorated &, accompanied by scores of people pulling it by ropes. In addition, they will be singing devotional songs (kirtan), dancing & playing musical instruments alongside it. The parade returns to Kalachandji’s at 12 p.m. & the festival continues in Kalachandji’s Park (located next to the temple grounds) until 4 p.m. Admission is free.

Ratha Yatra has been celebrated for thousands of years in Puri, India where it attracts millions annually. Every summer the deity of Lord Krishna is taken out of the temple amidst great fanfare, and is placed on a chariot. Krishna is described in India’s sacred writings as the supreme God as worshiped by all the other major religions. Today this same festival is celebrated in major cities all over the world including New York, Los Angeles, Dublin & London.

Don’t miss this event where people from various walk of life come together bringing the best of the East and West in a beautiful demonstration of friendship & unity. For more information go to http://festivalofchariotsdallas.com