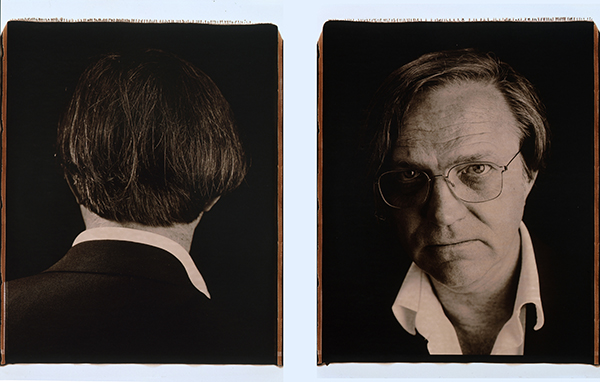 Many Hats/One Head - The Accidental Curator

Epiphanies happen but do not last. One of the functions of art is to preserve such moments of revelation in order that we may savour and study their many dimensions, as James Joyce demonstrated. The history of art is a fabric of epiphanies woven by many hands; the present tense of art is the outer edge of that work in progress. At any point in the process that edge may be ragged and uneven, and the pattern in formation disturbing and hard to discern, reflecting the difficulty of making art in troubled times. We are living in just such times. Robert Storr, Think with the Senses – Feel with the Mind. Art in the Present Tense, exhibition catalogue for the 52nd Venice Biennale, 2007

Robert Storr is a painter who supported himself by sheetrocking, carpentry, and house painting, along with occasional art writing, when in 1990, with only an MFA in studio art, Storr was picked out of the chorus line by the newly appointed Kirk Varnedoe, Chief Curator of Painting and Sculpture at The Museum of Modern Art in New York, to be a curator in that same department. What followed was an eventful twelve-year run at MoMA, with his tenure ending as Senior Curator. Then there was a stint as the first Rosalie Solow Professor of Modern Art at the Institute of Fine Arts, New York University, as well as the overall directorship of the 2007 Venice Biennale, making Storr the first and, thus far, only US-born curator chosen for this role in the 112-year-old exhibition. All of this was followed by the deanship of the Yale University School of Art.

Still a professor of painting at Yale, for this Tuesday Evenings presentation Storr talks about learning on the job as a way of life during a period of extraordinarily complex, rapid, and far-flung changes in the "art world" -- now a polycentric, culturally diverse, and ever-morphing economic and politic alternate reality -- as well as the abiding values that draw people to art and into an "art community" primarily inhabited by makers of various kinds.

Robert Storr lives and works in New York. In addition to his posts at The Museum of Modern Art, New York University, Yale University School of Art, and his role as director of the 52nd Venice Biennale, Storr has curated and published catalogues for numerous exhibitions, including monographic shows on Elizabeth Murray, Gerhard Richter, Tony Smith, and Robert Ryman. In April 2016 Storr was awarded the insignia of Officer of the Order of Arts and Letters by the French Ambassador to the US. As a renowned author and critic, he has been a contributing editor at Art in America since 1981 and regularly contributes to exhibition catalogues and art publications such as ArtForum, Frieze, Parkett, Corriere della Sera (Milan), and Art Press. His most recent publication, Intimate Geometries: The Work and Life of Louise Bourgeois, was released on February 15, 2017.