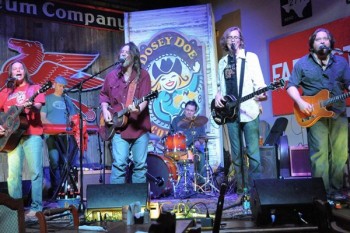 With a voice as comfortable as well-worn jeans, Walt Wilkins knew his calling was music at an early age. His story-telling songs, hard-edged vocals and plaintive guitar have made him a fixture of the Texas music scene. Walt has been writing and playing music since the 1990s; sometimes alone, sometimes with his wife Tina, and sometimes with The Mystiqueros, a living art collective, a Hill Country jukebox, one of the bands destined to be on the bill in honky-tonk heaven. Together since 2007, their sound has been called “highly reminiscent of 1970s country/rock” with quality songwriting and vocal arrangements.

Learn How To Make An Indie Movie With Dallas Filmmakers Alliance