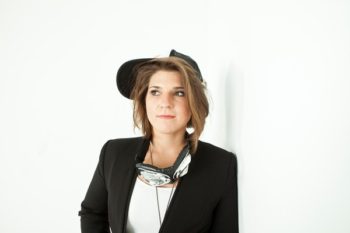 Collaborating across multiple genres ranging from soul, rock and pop to hip-hop and electronic dance music, classifying Daphne Willis in musical terms is no easy task. With infectious melodies delivered with lyrical precision and honesty, Daphne’s music is sincere, compelling and relevant. Raised in Chicago and relocated to Nashville, Daphne includes among her influences Elvis Costello and Michael Jackson, but her music cleverly incorporates these inspirations into a style that is refreshing and contemporary in a way that suits her songs best. Daphne is currently a pop writer at Sony/ATV and continues to release music and tour as an Indie Artist. Her fifth recording, 2014’s Live to Try, features songs co-written with Hunter Davis, Chris Faulk, Angela Lauer, John Oates (of Hall & Oates), Keri Barnes and Tim Lauer, while 2015’s Get It EP kicks off with the track “Done With Bein’ Done,” which Daphne co-wrote with Grammy winner Meghan Trainor. Last year, Daphne released two singles (“Spider in the Roses,” and “The Struggle is Real,” which advocates mental health awareness) and had main stage performances at both LA Pride and Nashville Pride. Daphne is putting the finishing touches on Come Together, an acoustic EP that re-imagines five classic tracks by The Beatles.