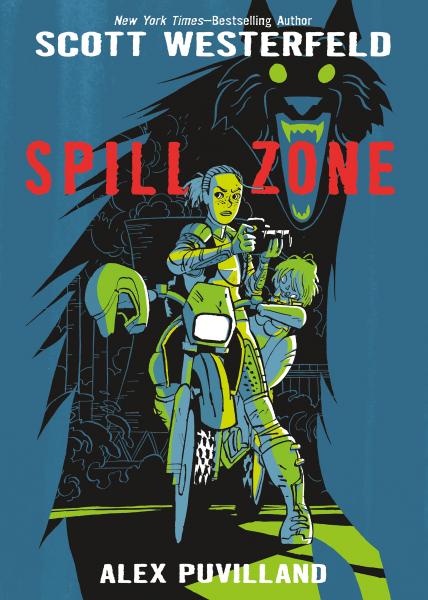 Dallas native and author of the worldwide bestselling Uglies series and the Locus Award–winning Leviathan series, and co-author of the Zeroes trilogy, Scott Westerfeld releases the first volume of an original graphic series novel, The Spill Zone.

After a disastrous event destroyed the small city of Poughkeepsie, life within its borders was never the same. Uncanny manifestations and lethal dangers await anyone who enters the Spill Zone. For one intrepid explorer, the threat of death was no deterrent in her quest to uncover what happened the night her world turned upside down. Addison Merrick’s parents were dead, and she was left as the sole provider for her younger sister, who was so deeply scarred by the event she hasn’t spoken since. In order to support her, and perhaps to assuage some of her own curiosity, Addison illegally ventures into the Spill Zone and photographs its twisted attractions. When an eccentric art collector makes Addison a million-dollar offer for some of her bizarre images, she breaks her own hard-learned rules of survival and travels farther into the Zone than she has ever dared before. Deep inside the forbidden domain, Hell awaits—and it is Addison’s calling to expose its dark secrets.