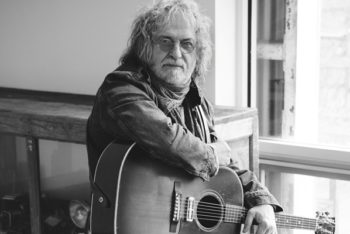 The only thing better than a Ray Wylie Hubbard song is a Ray Wylie Hubbard story to go with it! Ray started his journey as a folk singer in the ’60s before falling in with the wild and wooly cosmic/outlaw Texas country scene of the ’70s — in large part by penning the immortal Up Against the Wall (Redneck Mother), which Jerry Jeff Walker recorded. Ray performed constantly and recorded sporadically throughout the rest of the ’70s and ’80s, but his career as a songwriter’s songwriter began in earnest with 1994’s Loco Gringo’s Lament. He’s moved from strength to strength ever since, recording acclaimed albums, earning praise and awards from his peers, entertaining anyone who listens with his story-telling, and cementing his standing as one of the most respected artists on the modern Americana scene. He has 16 albums, including his most recent, The Ruffian’s Misfortune, as well as an autobiography, A Life … Well, Lived.