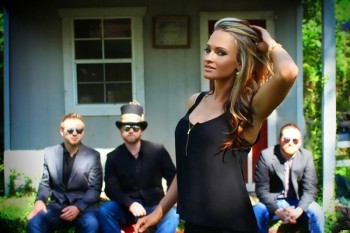 If you ask Bri Bagwell where her current “home” is, you’ll most likely get a chuckle and a sigh. The Las Cruces, N.M., native is in a 15-passenger van or on an airplane more than she is anywhere else these days. After finishing in the top 10 on CMT’s Next Superstar in 2011, she started her band, The Banned, and released her first album, aptly titled Banned from Santa Fe, followed by a self-titled EP in 2013. Brandy’s earthy tone with tons of sass has earned her success on the Texas Music Charts, and she was named Texas Female Vocalist of the Year in 2013 and 2014. She travels nonstop in a van full of guys that needs oil changes more than once a month and is ready to rise to the next level of country music stardom.