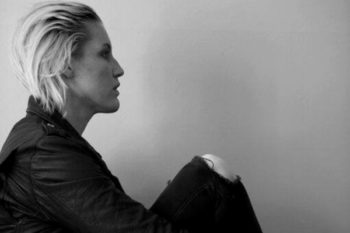 Sarah Jaffe is a truth singer. Her words and voice seem to speak only to you, yet they contain a universal appeal evidenced by her tours with Midlake and Norah Jones — two completely different audiences who were easily won over by Sarah’s music. Growing up in Red Oak and writing since her early teens, many of Sarah’s songs were written long before she could enter the clubs where they now are performed. Her debut recording, Suburban Nature, landed on many “Best of” lists, including Paste magazine’s 10 Best New Solo Artists, 50 Best Albums and 50 Best Songs; Amazon.com’s Best Albums and Songs, and USA Today’s Pop Candy 100 People. Sarah has toured constantly in Europe and the United States supporting such artists as Lou Barlow, Centro-matic and Old 97s. Clementine, Sarah’s debut single reached the number one spot at various radio stations, including Austin’s influential KGSR and Spectrum on Sirius.