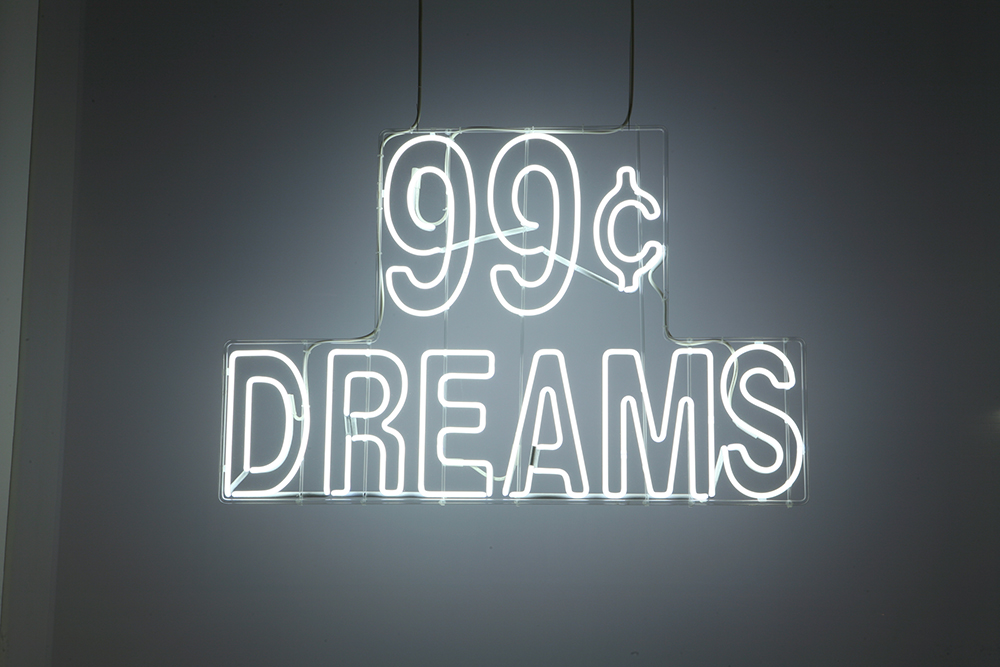 Doug Aitken: Electric Earth is the first survey to comprehensively examine Aitken’s experimentations across mediums and disciplines, and it is organized as a full collaboration and dialogue with the artist and his studio. From his early multichannel video installation diamond sea, 1997, to his more recent performance-based works, such as SONG I, 2012/2015, the exhibition unfolds around the major moving-image installations that articulate Aitken’s central subject matters, from catastrophic environmental depredation to unprecedented technological mediation; self-contained, decentralized communication; and the incursion of commerce into every aspect of our social relationships. The uniqueness of Aitken’s body of work reveals itself in its mesmerizing treatment of such concerns. Cannily incorporating a wide range of visual vocabularies drawn from the realms of cinema, advertising, communications, and the history of art alike, and strategically structuring both architectural environments and the editing of images and sounds in order to take in the viewer and overwhelm the senses, Aitken exposes audiences to ideas—and to each other, in communal spaces—by means of a nearly hypnotic aesthetic. Conceptualized as an entropic landscape, suspended between city, broadcasting machine, and labyrinth, the exhibition is punctuated by the signs, sculptures, and images, unbound from vernacular language and culture, that are at the center of Aitken’s art.

The exhibition’s logic incorporates that of the nomadic cultural incubator, cross-continental happening, and moving earthwork Station to Station, 2013, which, like so many of Aitken’s works, embraced a collaborative spirit beyond disciplines and beyond walls to reimagine the nature of what a work of art can be, of what an art experience can do.