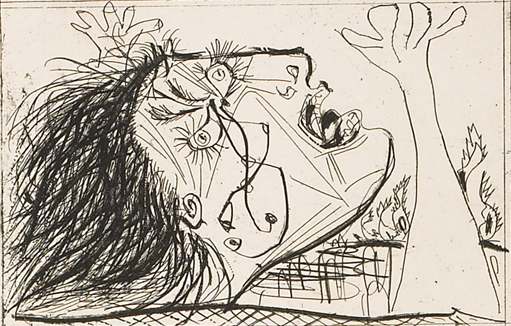 Picasso’s Dream and Lie of Franco: The Spanish Civil War in Print

June of 2017 will mark 80 years since the production of Guernica by Pablo Picasso (1881-1973), made in response to the horrific Spanish Civil War (1936-1939). This exhibition commemorates the anniversary of Picasso's great painting by showcasing a pair of prints in the Meadows collection that was transformed by Guernica: Picasso’s Dream and Lie of Franco. The production of these prints was interrupted by the bombing of the town of Guernica on April 26, 1937, the event that inspired his painting; Picasso returned to the prints only after his painting was complete. The Dream and Lie of Franco will be displayed alongside Spanish Civil War posters from the Meadows collection that offer a thematic and visual-cultural context for Picasso’s graphic works.