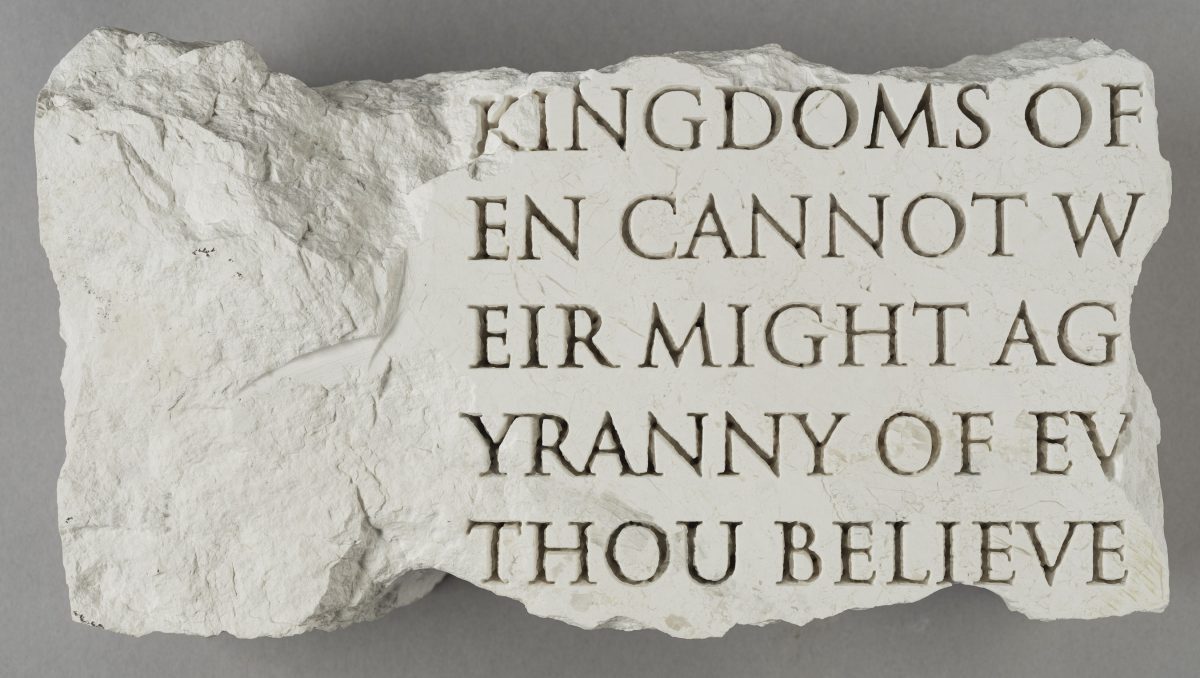 For his sculptural installation Trace, Texas-based artist Darryl Lauster (b. 1969) created ten fragmentary Carrara marble tablets and carved phrases in them using a font reminiscent of monuments. The blocks of stone seemingly speak essential truths—such as language from American founding documents, various militia and splinter group manifestos, and parts of the inscription on the Statue of Liberty—uniting fundamental phrases intended for entirely different purposes and obscuring their original meanings. Because the stones appear to be broken pieces of a full inscription, any overarching meaning is difficult to discern, much as many of the texts in their entirety are subject to differing interpretations. They seem to have fallen from an ancient building, as he remarks, “alluding to the possibility of an empire in its potential decline.”