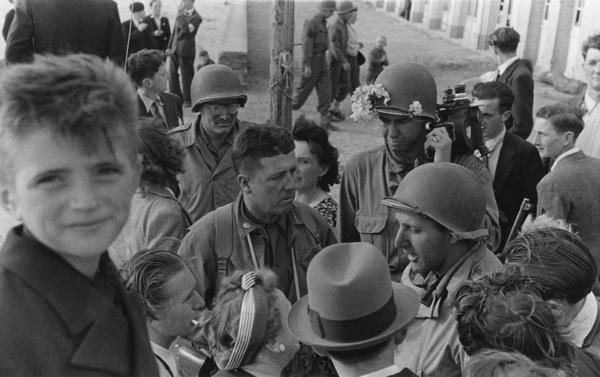 Filming the Camps: From Hollywood to Nuremberg

The Nuremberg Trials in 1945 used an unprecedented form of evidence—film of the war and the liberation of concentration camps. The raw footage compiled into a documentary titled Nazi Concentration Camps became crucial evidence, presenting the crimes the Nazis committed in an unflinching and authentic format to the court.

The exhibit, opening February 16, 2017, features the work of three filmmakers: John Ford, Samuel Fuller, and George Stevens. It explores the filmmakers’ experiences during and after World War II, the footage they captured of Nazi atrocities, and the impact the war had on their careers.

The exhibition contains film and photographs of World War II as well as clips from the filmmakers’ pre-war careers. The exhibition, curated by historian and film director Christian Delage, was designed, created, and distributed by the Mémorial de la Shoah (Paris, France) and made possible through the generous support of SNCF.