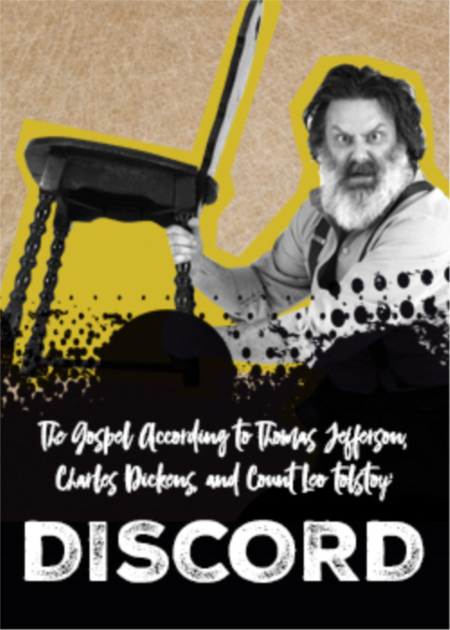 The Gospel According to Thomas Jefferson, Charles Dickens, and Count Leo Tolstoy: Discord

A Founding Father, a Victorian novelist, and a Russian revolutionary walk into a… stop if you’ve heard this one. Join us for a laugh-out-loud, whip-smart new comedy as Discord takes the third U.S. President, the author of A Christmas Carol, and the author of War and Peace, locks them in a room with ‘no exit’, and has them hash out their views of scripture and the true meaning of existence.  A blistering battle of wits from Scott Carter, Executive Producer of HBO’s Real Time with Bill Maher, this perceptive new comedy examines what happens when great men of history are forced to repeat it.

With No Stage, Theater Companies Find Ways To Adapt

Black Men In Fort Worth Speak: ‘This Is My Story’