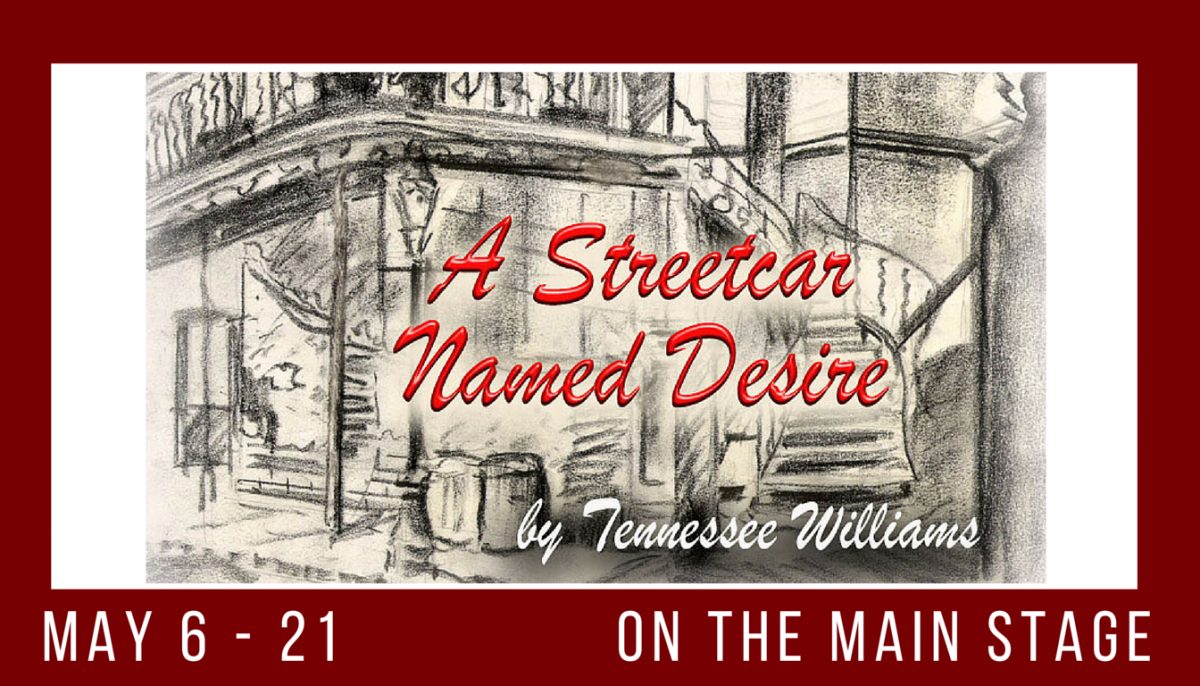 On Backdoor Theatre's Main Stage, “A Streetcar Named Desire” opens May 6th and runs through the 21st.

Set in post World War II, “A Streetcar Named Desire” takes place in a run-down section of New Orleans, where jazz and booze flow constantly, where different cultures intermingle, and where street fights are common. This renowned drama follows troubled former schoolteacher Blanche DuBois as she leaves small-town of Laurel, Mississippi, and moves in with her sister, Stella Kowalski and her husband Stanley. Blanche’s flirtatious Southern belle presence causes problems for Stella and Stanley leading to even greater conflict in the Kowalski household. “A Streetcar Named Desire”, first produced in 1947, was written by American playwright Tennessee Williams and received the Pulitzer Prize for Drama in 1948. The play is often regarded as one of the finest American plays of the 20th century.