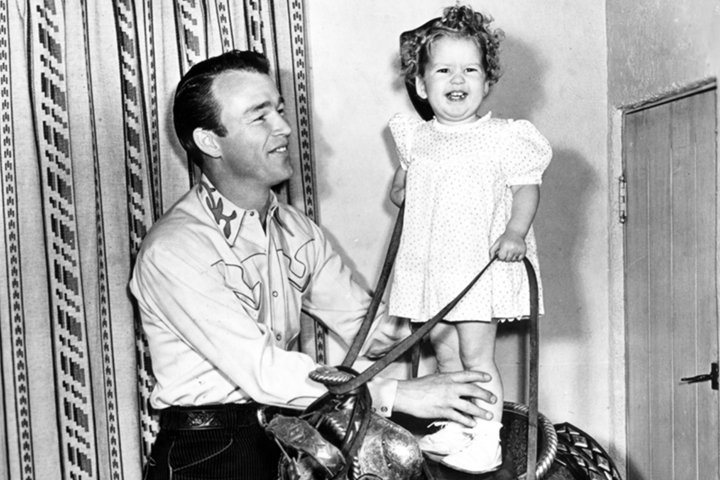 Cheryl Rogers, daughter of film, television and rodeo icons Roy Rogers and Dale Evans, returns to the Allen Public Library 7:30 p.m. Friday, June 3, to present a family documentary and her new book, "Cowboy Princess Rides Again." Since writing her first book, Cheryl has received more questions about her family, The Sons of the Pioneers, Trigger , and Gabby Hayes. With her new book, she continues her narrative and adds over 300 new pictures. Cheryl will also discuss the legendary Roy Roger’s and Dale Evans life that for most Americans embodied the spirit of the American West—horsemanship, honesty, courage, and romance.

Viewing this film is a unique opportunity for Allen Public Library patrons because copyright issues require a Roy Rogers family member to be present when shown.

Cheryl serves on the Advisory Board of the Western Music Association and appeared in the History Channel’s When Cowboys Were King.  Cheryl is the author of two books, All-American Cowboy Grill, which she co-wrote with Ken Beck and Jim Clark.  It features grilling recipes from “reel and real” cowboys. Her autobiography Cowboy Princess: Life with My Parents Roy Rogers and Dale Evans tells the story of America's most famous cowboy and cowgirl.

Accompanying Cheryl will be Brown Jug Reynolds to discuss his colorful career as a child actor and his role as Trigger’s rider. As an adult, he trained Shadowfax for the Lord of the Ring film series. Brown Jug appeared with Roy Rogers and Dale in The Yellow Rose of Texas (1944) and

Song of Arizona (1946).  His most memorable role was as Little Beaver in the Red Ryder film series.  Brown Jug will bring his original Red Ryder BB Gun, which is the basis of the plot in A Christmas Story (1983).