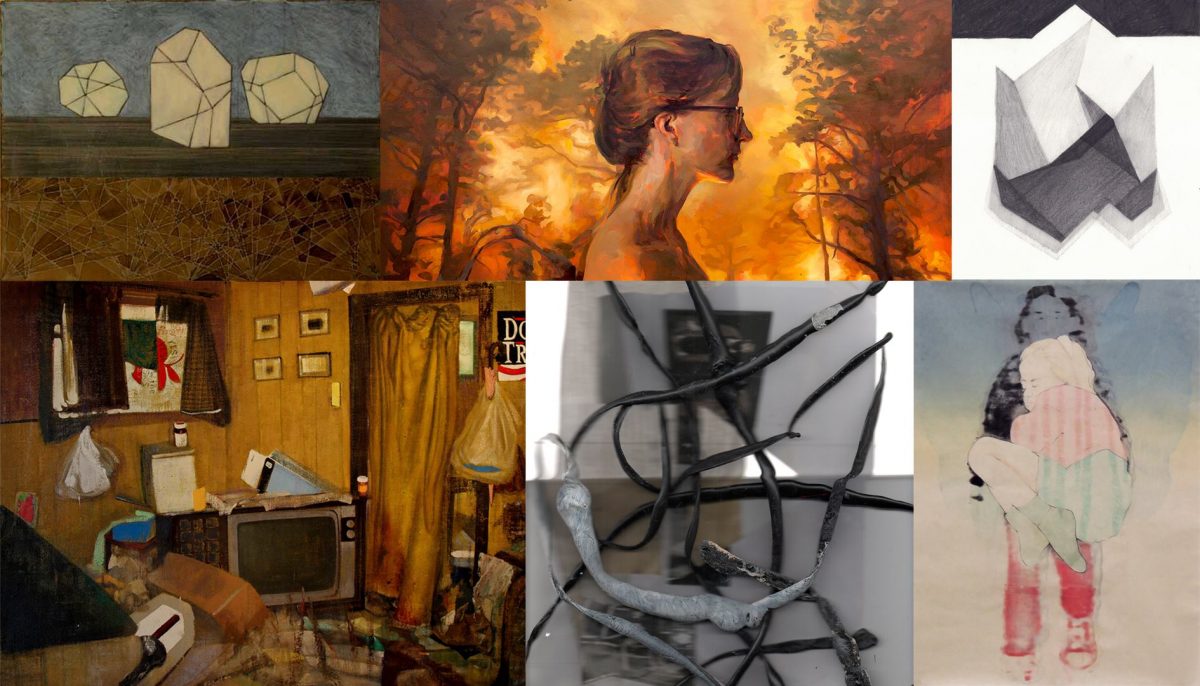 “TWO” reveals itself to be an extension of Art Room’s debut show “ONE.” This particular body of work intrinsically reveals the juxtaposition of naturalistic subject matter and industrial, geometric forms. Although seemingly dissimilar, these two
subjects are embedded in the traditional and representational. An overt characteristic that is exemplified by all artists in the exhibition is the accessibility of their craft, whether that exists in the form of printmaking, painting, sculpture, or digital reproductions, which are all techniques represented in the show.

Dr. Stephen Caffey describes House and Younger’s work as creating “an expansive and fertile interpretive space within which the viewer can project and reflect on his or her own senses of self, nature and wholeness.”