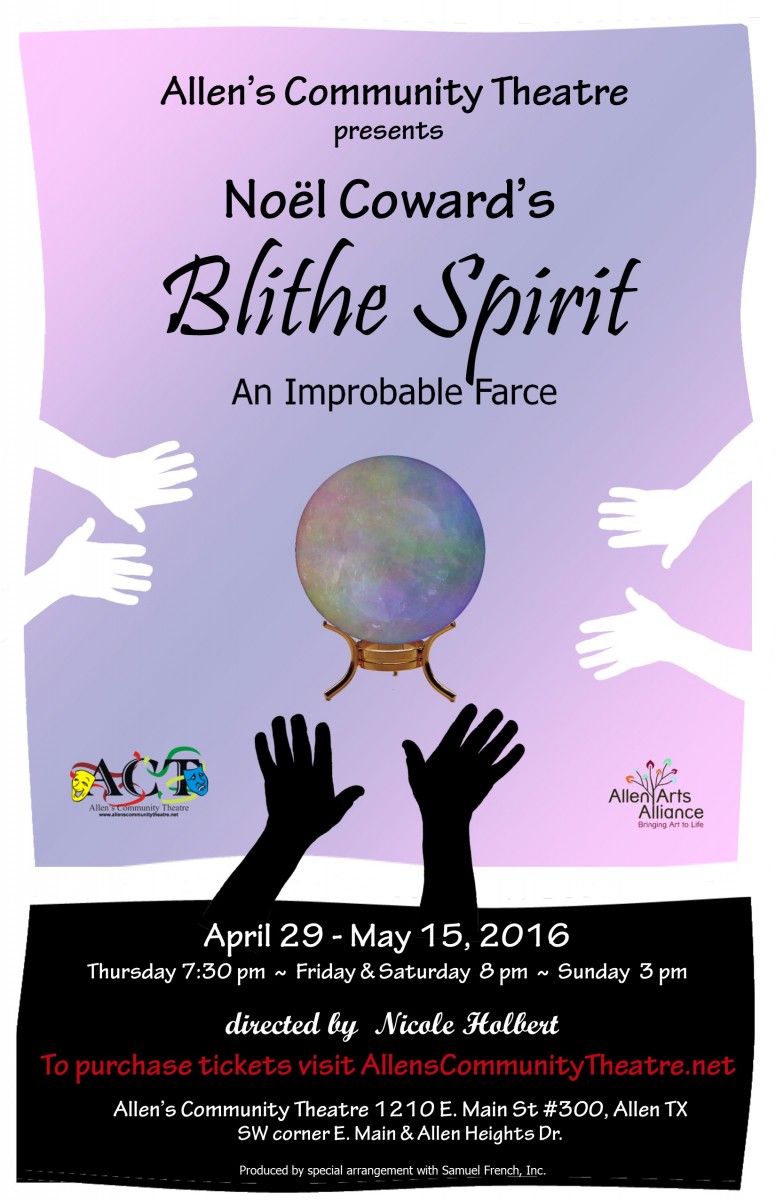 Noël Coward's supernatural comedy features a "spirited" love triangle, brought forth when irritable novelist Charles Condomine accidentally summons the spirit of his deceased first wife Elvira while researching the paranormal for his latest book. Trouble is, only Charles can see Elvira, who proceeds to wreak havoc on Charles' current marriage to the jealous Ruth ... and that's when the haunted fun "really" begins! A hit with audiences and critics alike when it premiered in 1941, in the 1945 Rex Harrison film, and recently revived on Broadway starring Angela Lansbury, "Blithe Spirit" showcases Coward at his most delightfully urbane. Catch the comic mayhem at Allen's Community Theatre.