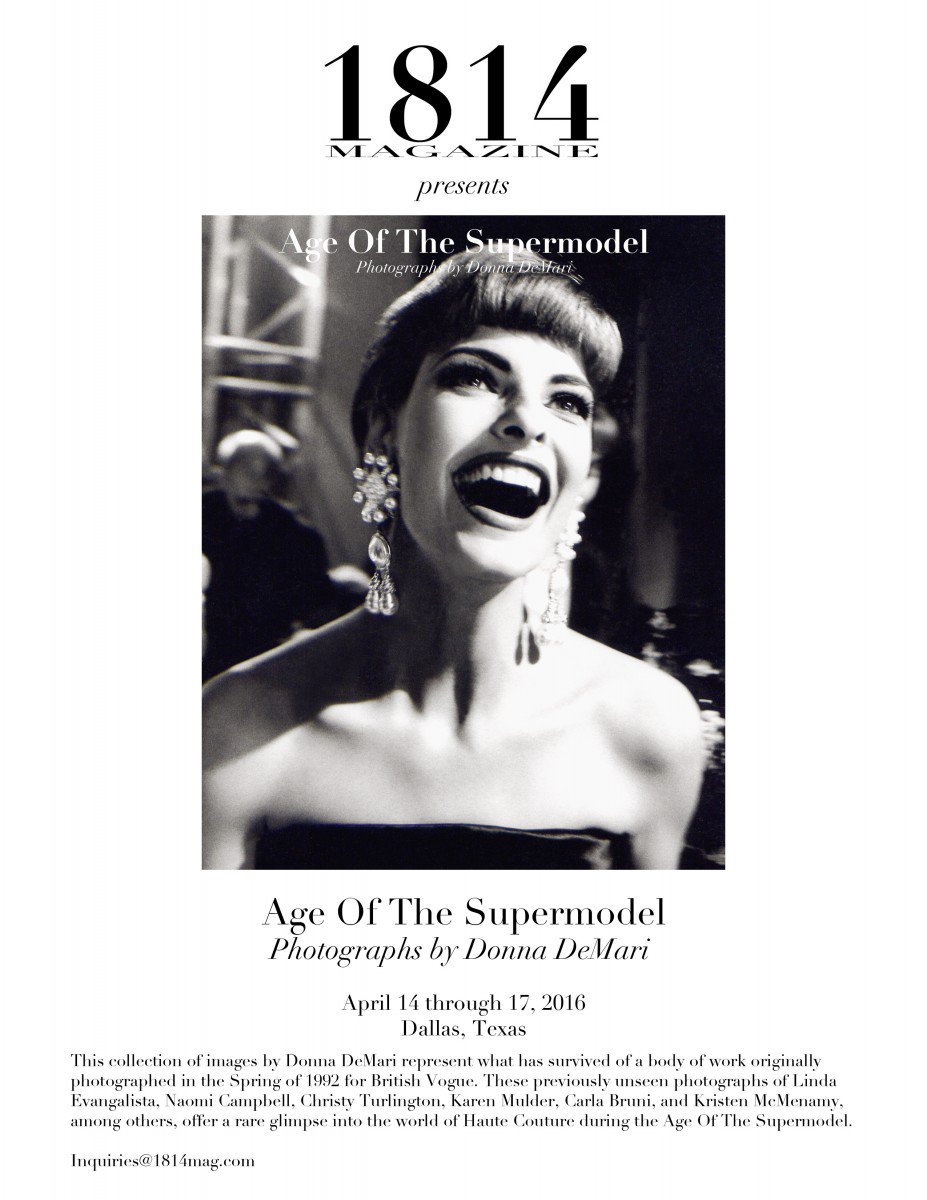 Opening Reception: The Age Of The Supermodel

The collection of images by Donna DeMari represent what has survived of a body of work originally photographed in the Spring of 1992 for British Vogue. These previously unseen photographs of Linda Evangalista, Naomi Campbell, Christy Turlington, Karen Mulder, Carla Bruni, and Kristen McMenamy, among others, offer a rare glimpse into the world of Haute Couture during the age of the supermodel.

Donna DeMari is an American born photographer who began her career in Milan, Italy shooting fashion editorial. Self taught, she bought her first camera at the age of eighteen after singing up for a photojounalism course in college. Inspired by Sarah Moon, she took her first trip to Milan at the age of 19, where she was introduced to Toscani, who encouraged her to shoot fashion. DeMari spent several more years in New York and then made a move to Europe. She would then spend 15 years living between Paris, London, and Milan.

Returning to New York, DeMari became the first woman to shoot the Sports Illustrated Swimsuit Edition, shooting in Bali and Hong Kong in 1995 and Costa Rica in 1996. She was featured in the ABC television special "The Making of the Swimsuit Edition", and the focus of a special segment on VH1 Fashion Television, which explored her views as a female fashion photographer.

DeMari has also published 6 books of photography. Her most recent book, Luke & Forrest (a photo retrospective of the lives of her two Labrador Retrievers), won the 2013 Independent Publisher’s Book Award.