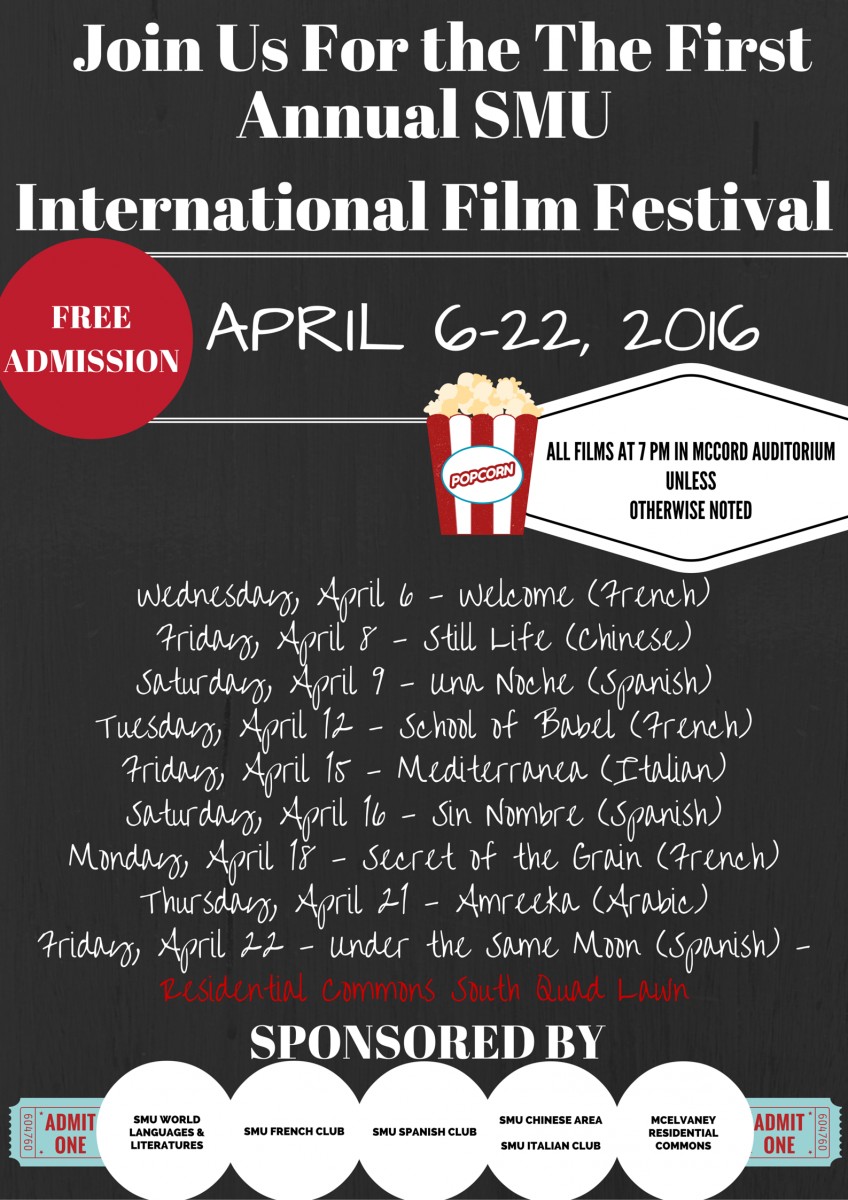 How do you integrate into French society when you are a young immigrant who has just arrived in Paris? Just join the school of La Grange aux Belles where, whether you are named Agnieszka, Eduardo, Kessa, Maryam or Youssef, you can improve your French and gradually adapt both to the French school system and to the way French people act and think... Julie Bertuccelli followed the days of the special needs class at La Grange welcoming foreign students from all over the world during the 2011-2012 school year and makes us witness to the positive spirit that prevails there under the wise guidance of Brigitte Cervoni, their inspired French teacher.

All films shown at 7:00 p.m. in McCord Auditorium (Dallas Hall 306) on the SMU campus, unless otherwise noted.

All films are free and open to the public.