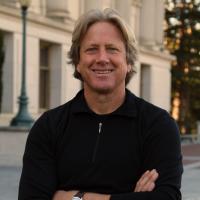 Dacher Keltner, Professor of Psychology at the University of California at Berkeley, served as the scientific consultant for the highly acclaimed Pixar film Inside Out. He helped revise the story, emphasizing the neuropsychological findings that human emotions are mirrored in interpersonal relationships and can be significantly moderated by them. At this event, he will highlight key insights from that science and how they play out in the film, showing film clips as illustrations. He will also focus on five practices that elevate compassion, increasing our well-being and life expectancy.

Keltner is the author of the bestseller Born to Be Good: The Science of a Meaningful Life and The Compassionate Instinct, as well as the forthcoming book The Power Paradox (May 2016). He has written for the New York Times Magazine, and his research has been covered in Time magazine, the Wall Street Journal, the New York Times, CNN, NPR, and the BBC. He has also collaborated on projects at Facebook and Google.