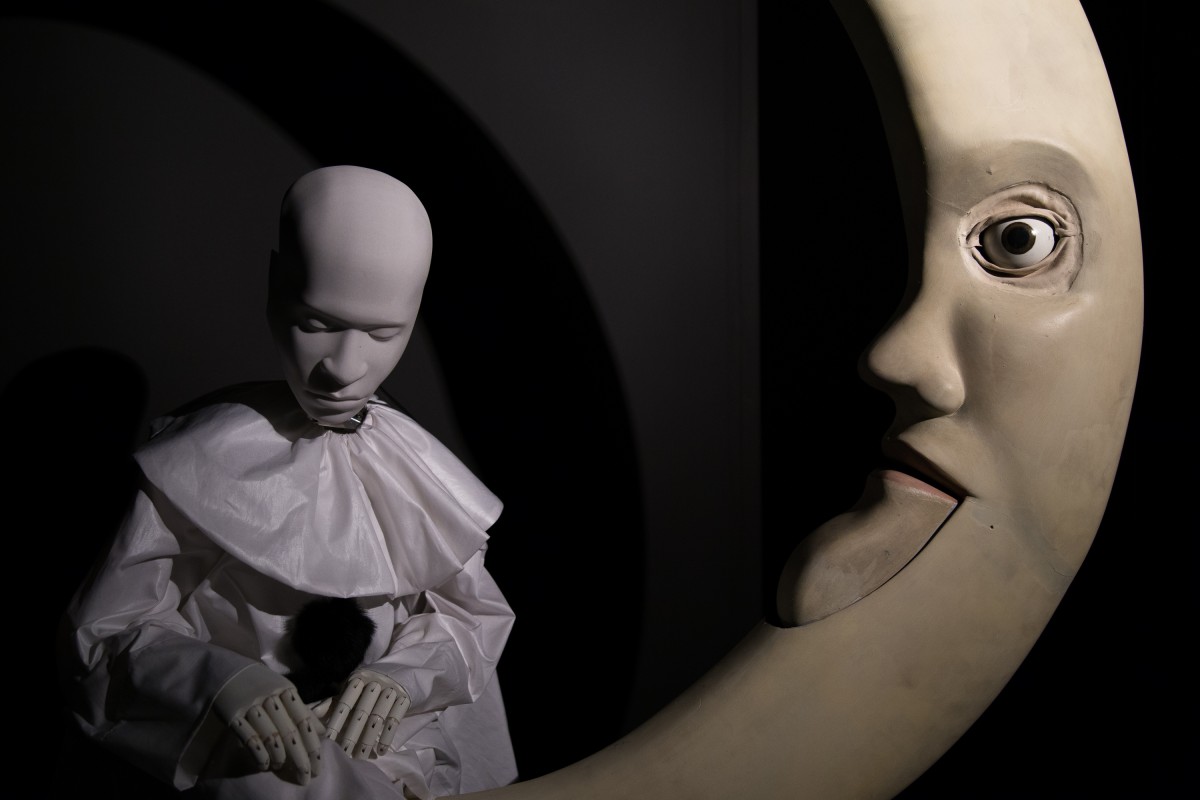 Glenn Kaino’s work carefully balances formal and conceptual concerns as the artist combines an often unexpected hybrid of materials in order to best communicate an idea, history, or system that might be less effective with traditional art media. For his FOCUS exhibition, Kaino has created a new body of work with the overarching themes of time and space colonization. The presentation includes pin drawings, an animatronic installation that responds to viewers, and a frozen sculptural portrait of the moon. Kaino’s ability to dart from one material to another stems from his diverse background and interests; he was educated as a sculptor, but has also been trained in magic, software development, and other pursuits that he has funneled into his artistic research and work.

Kaino’s assemblage process is akin to that of “kitbashing,” when parts in a model kit are used innovatively to create something different than the project proposed by the set. His ability to dart from one material to another reflects his background and divergent interests; trained as a sculptor, he has also been involved in magic, software development, and other technological pursuits.

Glenn Kaino was born and raised in Los Angeles, California, where he continues to live and work. He received a BA from the University of California at Irvine and an MFA from the University of California at San Diego. He has exhibited nationally and internationally, including solo exhibitions at Grand Arts, Kansas City, Missouri; Studio Museum, Harlem; Creative Time, New York; The Andy Warhol Museum, Pittsburgh; and the Museum of Contemporary Art San Diego. He participated in the 12th Biennale de Lyon, France; Prospect: 3, New Orleans; and he represented the United States in the 13th International Cairo Biennale. He has been in many group exhibitions at such institutions as the Montclair Art Museum, New Jersey; Blanton Museum of Art, Austin; Orange County Museum of Art, Newport Beach, California; Bass Museum of Art, Miami Beach; Museum of Contemporary Art, Los Angeles; Museum of Contemporary Art Sydney, Australia; and the Asia Society, New York.