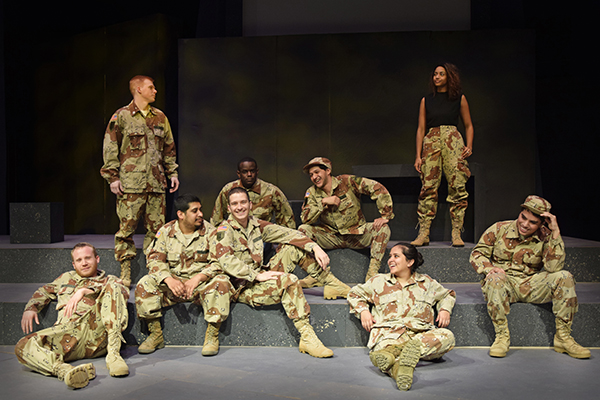 This spring, the NLC Theatre presents Gunfighter: A Gulf War Chronicle, a play by Tony-winning and Oscar-nominated author Mark Medoff. The drama, which was written in part at North Lake College and debuted by NLC theatre students in 2000, focuses on a friendly-fire combat incident in the first Gulf War. Gunfighter is based on a true story, and its protagonist, retired Lieutenant Colonel Ralph Hayles, attended the 2000 debut performance at NLC.