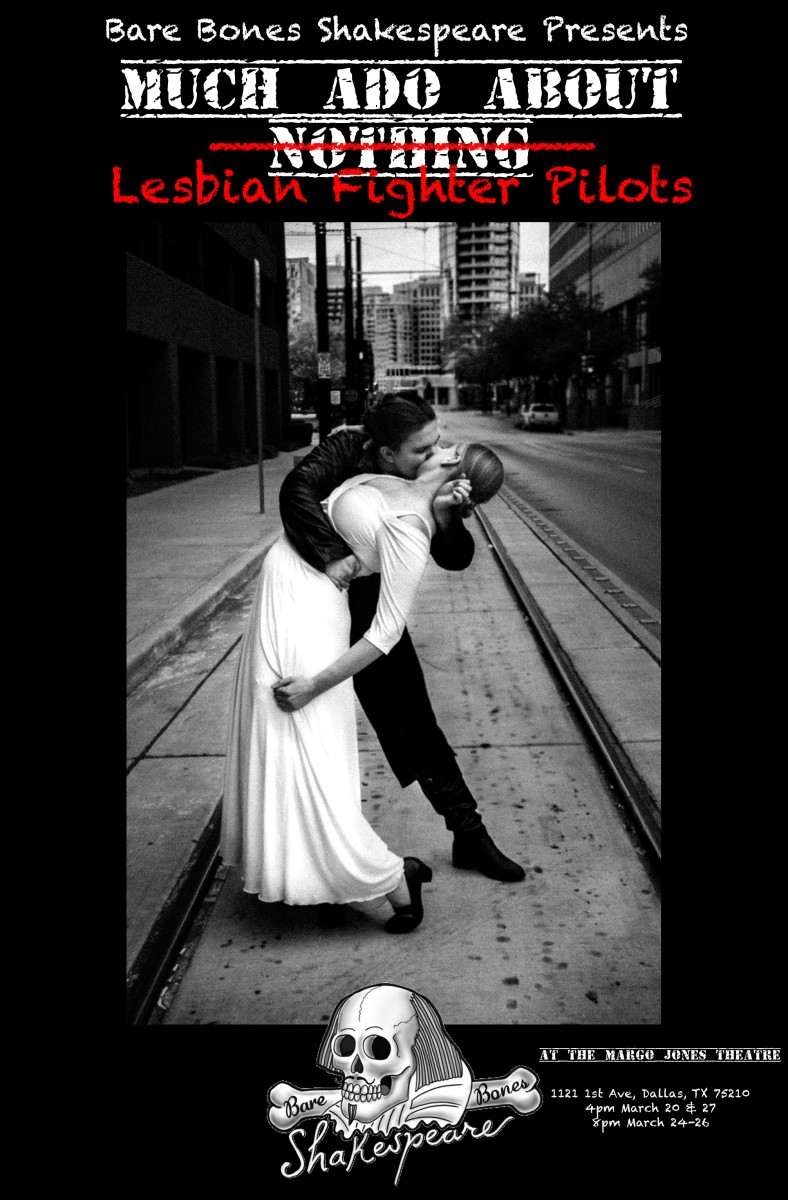 Much Ado About Lesbian Fighter Pilots

A squadron of fighter pilots returns from a decisive victory ready to party with the women they left behind. But this time, the pilots are also women. The battle in the sky is over, but the battle of wits is about to begin, and behind it all, the princess's half-sister is up to no good. All this and more, in the Sapphic Shakespearean comedy Much Ado About Lesbian Fighter Pilots.

Bare Bones Shakespeare’s Company-Directed productions use rehearsal techniques common four hundred years ago when Shakespeare was writing and performing his plays.  Actors receive a partial script containing only their lines and cues.  They prepare their characterization and performance individually and arrive fully off-book on the first day of rehearsal.  After only one week of company rehearsals, the play opens.  This exciting, fast-paced process serves to vitalize the production and entice the audience – what on earth will happen on opening night?

Performances will take place at Margo Jones Theatre in Dallas, TX, March 24, 25 and 26 at 8:00 PM and March 20 and 27 at 6:00 PM.  Tickets are available at the door or at www.BareBonesShakespeare.com.  Send enquiries to Julia G. Nelson at [email protected]