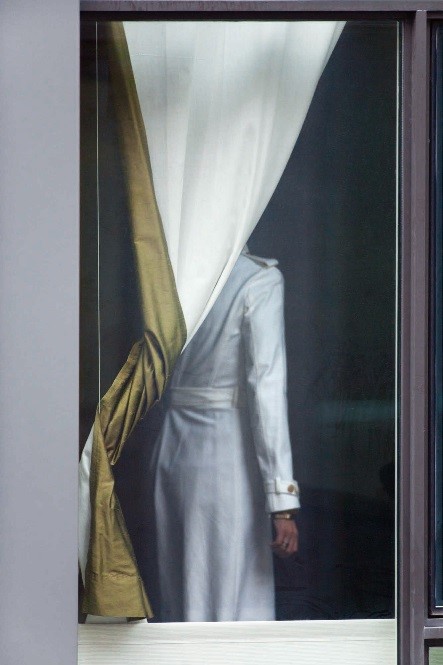 Arne Svenson is a New York-based artist whose work has led him down numerous and varied paths of visual exploration, from landscape photographs of Las Vegas to portraits of sock monkeys, forensic facial reconstructions, and medical museum specimens. The Modern recently acquired three works from Svenson’s significant Neighbors series: Neighbors #38, Neighbors #44, and Neighbors #52. First and foremost in Svenson's practice is to seek out the inner life, the essence, of his subjects, whether they be human, inanimate, or something in between. He uses his camera as a reporter uses text, to create a narrative that facilitates the understanding of that which may lie hidden or obscured. This narrative, at times only a whisper or suggestion, weaves throughout his diverse body of work. He is currently working on a series shot in Sweden, The Forest, which explores the dichotomous relationship between photography and painting, the "sweet-spot" where perceived reality and fiction meet.

For Tuesday Evenings, Arne Svenson shares work and ideas from throughout his career, including his most recent endeavors.

Arne Svenson was born in 1952 in Santa Monica, California. His photographs have been shown extensively in the United States and Europe and are included in numerous public and private collections, including the Modern Art Museum of Fort Worth, San Francisco Museum of Modern Art, and the Carnegie Museum of Art. Self-taught, with an educational and vocational background in special education, Svenson is the author/photographer of many books, including Prisoners, Sock Monkeys (200 out of 1,863) with Ron Warren, The Neighbors, and the upcoming Unspeaking Likeness. His most recent exhibitions are The Workers at the Julie Saul Gallery in New York, 2015, and The Neighbors at the Museum of Contemporary Art, Denver, 2016.